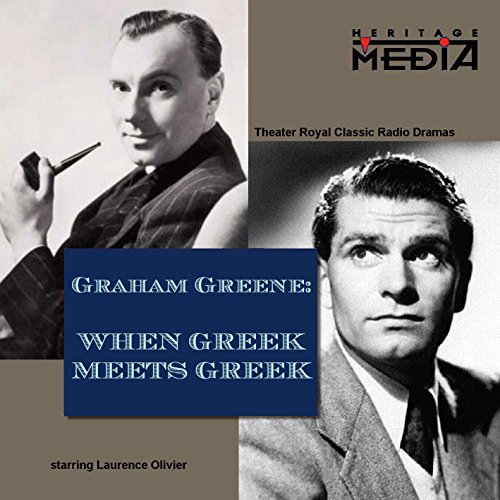 Graham Greene’s When Greek Meets Greek, a tale of two con-men trying to outwit each other, was first published in 1954. Laurence Olivier plays self-styled “Doctor” Nicholas Fenwick who runs a non-existent Oxford college. He is delighted when “Lord” Driver wants his son to study there.