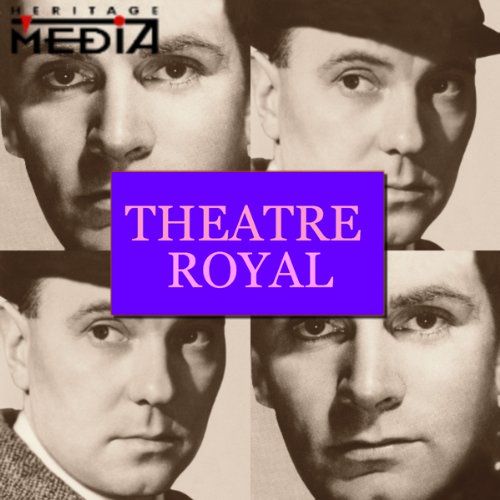 Theatre Royal is a unique series of classic radio dramas produced in the 1950s by the late Harry Alan Towers. Starring the leading theatre artists of the day it is the only series of radio dramas in which Laurence Olivier ever appeared. He was joined by Ralph Richardson, John Gielgud, Orson Welles, Robert Morley, John Mills, Michael Redgrave, Trevor Howard, Robert Donut, Alec Guinness and Margaret Lockwood.

The Theatre Royal series compiles classic radio programs from the 1950s, and this volume showcases work by such luminaries as Oscar Wilde and Graham Greene. The quality of text is matched by the caliber of performer, as legendary actors Laurence Olivier and John Gielgud lend their golden pipes and interpretive talent to give these stories a living, breathing vividness. It is rare for there to be such a perfect marriage between a work and its performers, and this collection is a thrilling example of the golden age of radio.

I had to stop listening because of the blaring sound. It made my ears hurt :-(