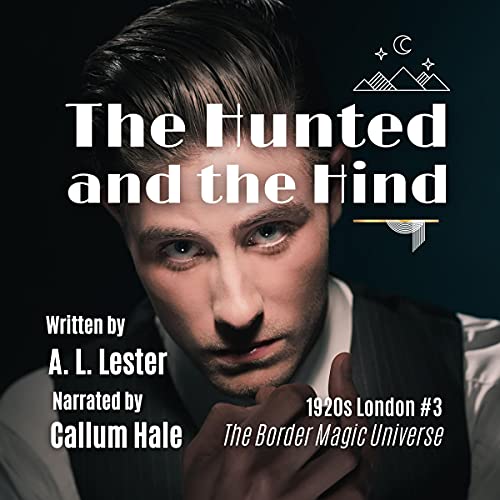 Inadvertently tumbling through the border after Fenn and then thrown into the middle of the internecine political disputes of their people, Sergeant Will Grant of the Metropolitan Police has spent three months in prison in the Underhalls of the Frem. When Fenn comes to free him and return him home through the border, he has very little time to work out what’s going on before the sudden appearance of Fenn’s missing younger sibling Keren throws Fenn for a loop.

Instead of returning them to London as planned, the trio step through the border to the Egyptian desert. Once they work out where they are, it’s a two week trip back to England, with the possibility of pursuit both onboard ship and when they reach home.

Will the journey give Fenn and Will time to resolve the feelings they have been dancing around since the day they met? How will they keep Keren from recapture by the faction who tried to persuade Fenn they were dead? And has Will’s friend Alec forgiven Fenn for lying about their motives when they first traveled to London four months ago?

The Hunted and the Hind is the third in the 1920s London trilogy that begins with Lost in Time.

The Hunted and the Hindに寄せられたリスナーの声

After the other books in the series it is a shame that, in using the pronoun 'their' instead of he or she for the hermaphrodite future people, the author has tripped up and begun also using 'their' as an identifier instead of 'he' for Will and other male humans. This became extremely irritating and spoiled the story somewhat.
Otherwise the series kept me glued from start to finish.