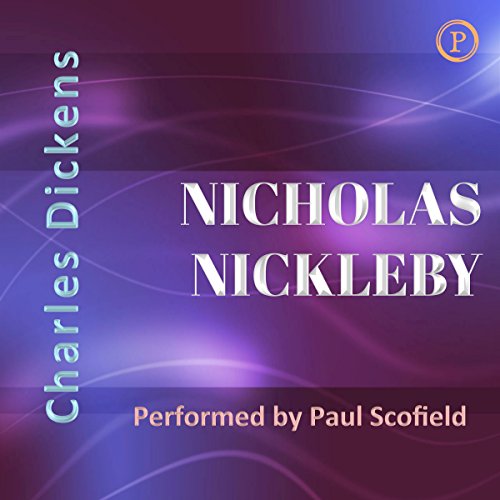 The welfare of children - a theme that ennobles many of the novels of Charles Dickens - captures the sympathy of our century as profoundly as it did that of the author's own contemporaries. Following the history of a fatherless young man, his mother, and his sister as they find themselves at the mercy of a greedy and unscrupulous uncle, Nicholas Nickleby is both a vivid indictment of the exploitive, brutal boarding schools of the late 19th century and a celebration of a little family's resilient generosity of spirit.

English stage and screen actor Paul Scofield's performance captures the warmth and charm of this story and its array of colorful characters. Scofield is regarded as one of the greatest Shakespearean actors of all time and is best known for his Academy Award winning performance as Sir Thomas Moore in the 1966 film A Man For All Seasons.