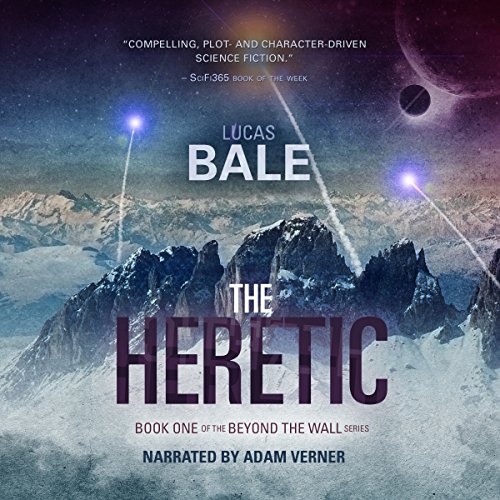 Centuries have passed since life ended on the blue planet. Humanity's survivors are now dispersed among distant colonies, thousands of light years from the barren, frozen rock that was once their home.

At a time when power means everything, the ultimate power, the imperium, rests with the Consulate Magistratus. In return for its protection, citizens must concede their rights absolutely. The Magistratus controls interstellar travel, access to technology, even procreation. Every citizen is implanted with a device to monitor their location, health and emotions. Freedom, religion and self-determination are anachronisms. Humanity's true history survives only in whispers of a secret archive.

Yet there are those who preach a new religion and who want to be free.

In the cold of a winter's night, a small village is the subject of a brutal attack. A 14-year-old boy, Jordi, sees armed men approaching and manages to wake his family. He and a handful of survivors flee into the frozen, snow-covered forest to wait for the preacher who told them their way of life was based on lies.

Shepherd, a freighter-tramp and smuggler, is commissioned to deliver illicit medical supplies to a hostile border planet near the Wall. He is dragged into a fight he does not believe in and a desperate struggle to protect his ship, his way of life and the lives of the persecuted few who seek only freedom.

A revolution is coming....