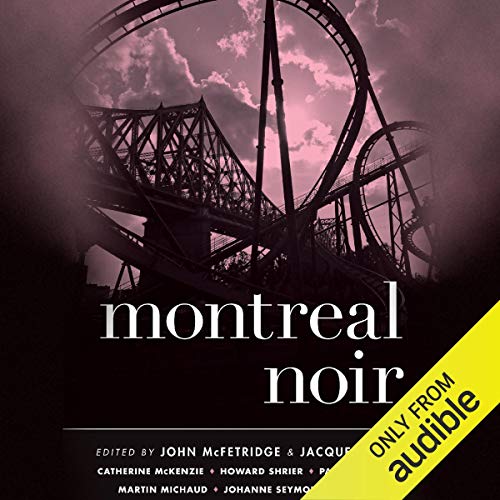 "These 15 new stories celebrate the differences between us and our northern neighbor. As in any good noir, poverty, drugs, and despair cloud many of the characters' lives. But even the stories about druggies have a certain je ne sais quoi...Whether it's the quirkiness of the characters, the ingenuity of the puzzles, or the big hearts inside some of the darkest villains, noir's different north of the border." (Kirkus Reviews)

"American crime fiction fans will welcome the opportunity to sample the short fiction of some worthy Canadian authors." (Publishers Weekly)

"Akashic Books has produced more than 80 city-noir collections, from Atlanta to Zagreb. Toronto has had a turn and Vancouver is in the works. The Montreal edition brings together a bicultural roster of talent by some of the city's best crime-fiction specialists, with tales from the city's many neighbourhoods." (Toronto Star)

Akashic Books continues its award-winning series of original noir anthologies, launched in 2004 with Brooklyn Noir. Each title comprises all new stories, each one set in a distinct neighborhood or location within the respective city. Following the success of Toronto Noir, the Noir series explores new Canadian terrain, featuring both English and Francophone authors.

From the introduction by John McFetridge and Jacques Filippi:

Montreal is one of the oldest cities in North America and seems to be in a constant state of flux, changing its personality every few decades. Today, the city has its own language: Franglais (or Frenglish).

Maybe the first word spoken in that language was noir.... Perhaps it's fitting that a collection that brings so many of Montreal's cultures together is noir. Much of the city's literary tradition was defined by the two solitudes, and most of the works delved deeply into single neighborhoods....

This collection, with voices of French and English writers, visits many neighborhoods and combines them into something that is, if not totally coherent, at least as coherent as the beautiful mess that is Montreal....

Each neighborhood is different, and of course, each Montrealer (Montrealais) is different, making up the pieces of the mosaic of our city. Some are bright and shiny, others are darker and somber, but all have a shadow in the noir.