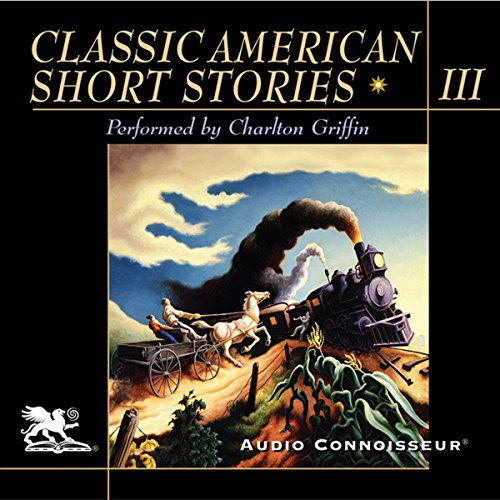 No nation has ever achieved the literary diversity of America. From nativist humor to immigrant triumph, Americans have recorded their visions and hopes better than anyone.

"The Great French Duel" by Mark Twain - The writer is asked to arrange the details of a duel in Paris...to the chagrin of the participants.

"Zelig" by Benjamin Rosenblatt - A Jewish immigrant in New York's lower east side toils away from some inner motivation that no one can fathom.

"The Lottery" by Shirley Jackson - A typical midwest farm town holds its annual lottery. But the winner is the loser.

"The Open Boat by Stephen Crane" - Four men are trapped in a storm on a small lifeboat within sight of the shore...but can't reach it.

"The Other Woman" by Sherwood Anderson - A man who is about to be married confesses a secret to a close friend.

"The Furnished Room" by O. Henry - A man searches for a very special room where he can rejoin his beloved.

"The Golden Honeymoon" by Ring Lardner - An elderly New York gentleman recounts a recent vacation he spent with his wife in Florida.

"Brooksmith" by Henry James - Brooksmith is no ordinary Butler...and when his employer dies, he encounters difficulty obtaining a similar post.

"Theft" by Katherine Anne Porter - The value of a thing varies greatly depending on the eyes that behold it.

"Ethan Brand" by Nathaniel Hawthorne - A lime burner and his son receive a most strange and disturbing guest one evening.

"Seventy Thousand Assyrians" by William Saroyan - A longing for something that is difficult to define – and perhaps irretrievably lost – sets the immigrant apart.

"You Could Look It Up" by James Thurber - An old-timer gives us a tale from his early days with a professional baseball team.