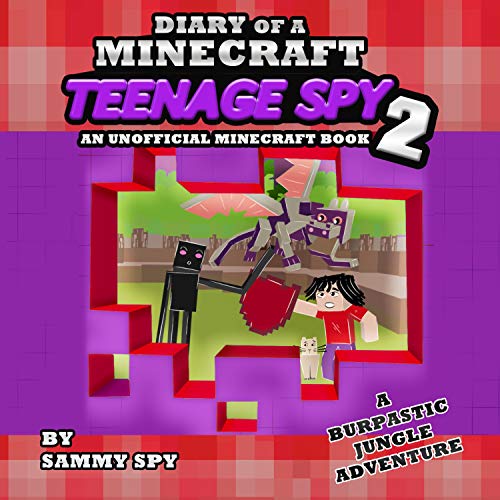 Are you ready for a Minecraft jungle adventure? Sounds like you need a teenage spy by your side!

In the second book of this funny series, we get to hear the adventures of a Minecraft school spy, Sammy.

Sneezy Sammy Cooper is 14 years old, and he lives in a Minecraft world where everything can be built into anything.

After defeating the iron golems and freeing his father, a spy who was turned into a golem years before, Sammy has joined Spy Agency. But now there is a new threat to his world: a fearsome dragon that is terrorizing villages.

Do he and his friends stand a chance of defeating it?

Get ready to dive into the crazy world of Minecraft to find out!

So what are we waiting for? Let's get stuck in! A Burptastic Jungle Adventure will have any kid who loves Minecraft, video games, spies, and school adventures be on the edge of their seats. If you have a superhero in training who loves a hilarious, action-packed adventure, then this story's a surefire way to keep any young kid enthralled.

For an adventure that truly understands what it's like to be a 14-year-old kid, buy right now.

Be warned: This book contains burps!