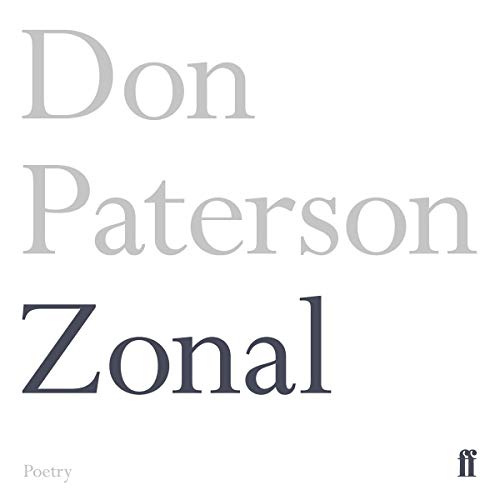 "Dynamic, interrogative and unsettling; crafted yet open-ended; fiercely smart, savage and stirring - from the get-go, Paterson's poetry has been essential reading." (Guardian)

A classic television series, The Twilight Zone, sets off a genre-bending experiment in science fiction, autobiography and all the spaces in between.

Don Paterson's new collection starts from the premise that the crisis of midlife may be a permanent state of mind. Zonal is an experiment in science-fictional and fantastic autobiography, with all of its poems taking their imaginative cue from the first season of The Twilight Zone (1959-1960), playing fast and loose with both their source material and their author's own life. Narrative and dramatic in approach, genre-hopping from horror to Black Mirror-style sci-fi, 'weird tale' to metaphysical fantasy, these poems change voices constantly in an attempt to get at the truth by alternate means. Occupying the shadow-lands between confession and invention, Zonal takes us to places and spaces that feel endlessly surprising, uncanny and limitless.