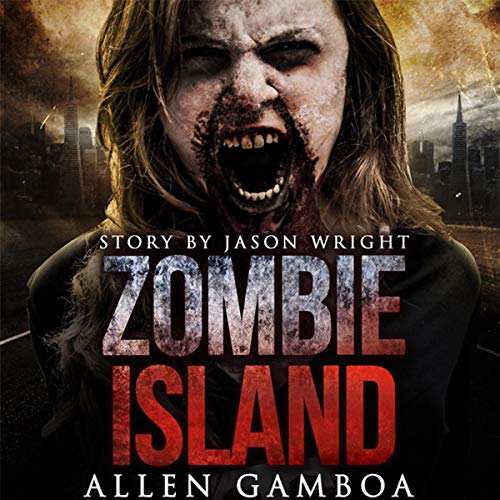 Career criminals, Fred Ward and Fred Britten, plan a daring escape from the prison island. Major Logan Kidd, a veteran of the Afghan wars and commander of the prison garrison, is tormented by his part in the bloody Middle Eastern conflict. Suddenly, a new inmate is introduced to the island and all hell breaks loose. A deadly virus that turns the living into the hungry, flesh-eating undead sweeps the island. Soldiers and convicts must team up to fight this evil that has now invaded Cockatoo Island.

Ben Gibson and his friends are taking a holiday away from university. Their break from school takes them to a music festival on Cockatoo Island. A fun-filled weekend of sex and alcohol. Unknown to Ben and the others at the music festival, a long-dormant evil waits to be released. An evil that is very, very hungry!

Pretty much a waste

So.. to be fair. IF the narrator wasn't absolutely the worst narrator in audible history AND IF the author had not substituted raunchy, overly graphic , VERY explicit and in no way necessary sex scenes for good writing. If you can dazzle em' with your writing brilliance distract them with boobs and cooters? Really cringe. I mean leave something.. anything to the imagination.. this could have been an okay story.
Between the narrators (who most certainly has had a frontal lobotomy) apathetic droning narration, horrible accents, and consistent mispronunciation of commonly used words AND the author being completely indecisive about his genera horror, sci fi, raunchy poorly written porn.
It was just bad. I really wanted to like it. The premise is good. It has potential to be a great series. Ditch the description of characters vulvas and get a decent narrator.. honestly a second grader could do better. You might end up with something presentable and enjoyable.