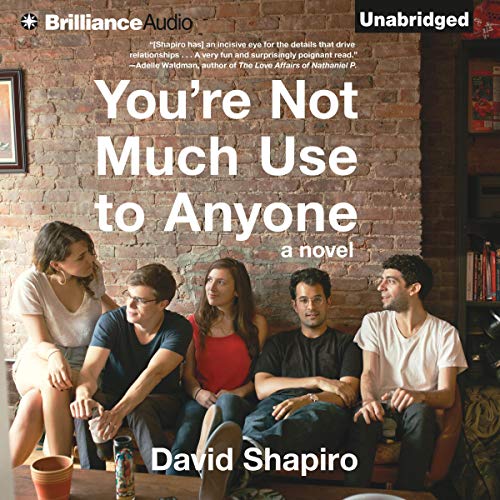 A funny, pitch-perfect autobiographical novel that reads like The Graduate meets Girls, with a freshness of language and outlook that brings to mind The Catcher in the Rye, by the creator of the popular Tumblr "Pitchfork Review Reviews."

David is a freshly minted NYU grad who's working a not-quite-entry-level job, falling in love, and telling his parents he's studying for the LSAT. He starts a Tumblr blog, typing out posts on his BlackBerry under his desk - a blog that becomes wildly popular and brings him to the attention of major media (The New York Times) as well as the White House. But his outward fame doesn't quell his confusion about the world and his direction in it.

This semiautobiographical debut is a coming-of-age story perfect for our time. In Sense of Wonder author Gideon Lewis-Kraus's words, "If Tao Lin had been born to Gary Shteyngart's parents and spent his early twenties slaving for pageviews at NewYorker.com, he would have written something like this, the Bright Lights, Big City of the click-here-now generation."

You're Not Much Use to Anyoneに寄せられたリスナーの声

Whiny Millennial makes the rest of us look bad

I'm not even going to go into how badly I wanted to strangle the reader of this audio book because it'd be so long, I'm sure most people would just skip reading this review. I'll just stick to how the author spent the whole book humble-bragging about how big of a whiny little momma's boy he is. There's nothing wrong with showing vulnerability, but when you spend what seemed like it'd be a whole page explaining why your girlfriend HAS to hold your hand, you're basically putting it out there that you have the mentality of a toddler. This dude handles female interaction like an emo middle schooler that masturbates to granny porn 5 times a day. His attempt at "alt-lit" was futile because I couldn't get past the fact that he's been handed everything in his life, which he makes it a priority to point out to the reader any chance he gets, yet he tries to make the reader feel bad for him while he bitches and moans his way through life in New York drinking Bud Light Limes.