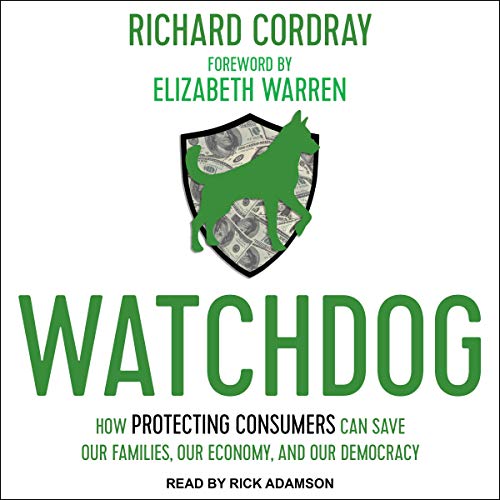 Every day across America, consumers face issues with credit cards, mortgages, car loans, and student loans. When they are cheated or mistreated, all too often they hit a brick wall against the financial companies. People are fed up with being run over by big corporations, and few have the resources or expertise to fight back on their own.

It is no wonder consumers feel powerless: they are outgunned every step of the way. Since 1970, the financial industry has doubled in size. It is the biggest source of campaign contributions to federal candidates and parties, spending about $1 billion annually on campaigns and another $500 million on lobbying. The four biggest banks each now has more than $1 trillion in assets. Financial products have become a mass of fine print that consumers can hardly even read, let alone understand.

Growing problems in the increasingly one-sided finance markets blew up the economy in 2008. In the aftermath, Congress created the Consumer Financial Protection Bureau. Sharing the stories of individual consumers, Watchdog shows how the Bureau quickly became a powerful force for good, suing big banks for cheating or deceiving consumers, putting limits on predatory lenders, simplifying mortgage paperwork, and stepping in to help solve problems raised by individual consumers.

Intriguing Behind-the-Scenes Look at the CFPB

This is a great book that gives you a behind-the-scenes look at Congress, the financial services industry, and the creation of a new federal agency. More importantly, Richard Cordray crafts a strong narrative from the accounts of everyday Americans to illustrate the common pitfalls for consumers, questionable practices of the industry, and even scams of predatory lenders.

Instead of allowing this topic matter to be overly elevated or dry, Cordray drops in some laugh-out-loud stories about President Obama on Air Force One and Rep. Barney Frank on the House Floor.

There are elements in the book that remind me why the Big Short was so intriguing. But it delivers in places the Big Short did not because you actually see many of those who cheated the system and Americans get their comeuppance.