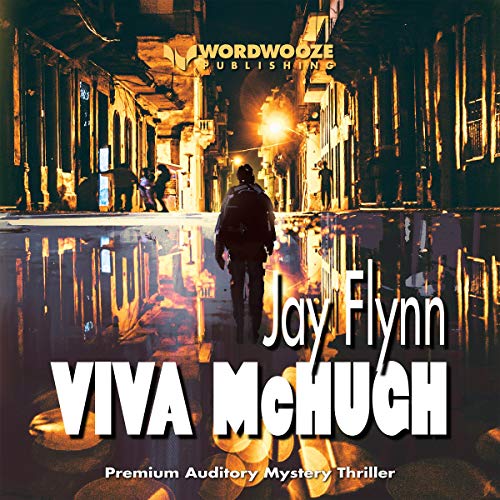 He can out shoot, out think, out fight, and out love any other secret agent on the planet - get out of the way James Bond before your tux gets rumpled!

McHugh lands a Caribbean island assignment: Stir up a revolution, topple the world's most brutal dictator, smash the secret police whose methods start with torture and get a lot worse from there, help the revolutionaries, and stop the revolution before it goes too far in the other direction. It's just another days' work for McHugh.

When he arrives, he has everything the government thinks he will need for the job: One bottle of tablets in case of Montezuma's Revenge. Three days rations. A small radio. Bug repellent. Extra clothes, the minimum two pistols with extra ammo. A pair of delicately balanced throwing knives. And three pints of Scotch. He also must rescue another U.S. agent from the dungeon of the island's most impregnable prison - but that's the easy part. All he has to do is survive days of torture, the kisses of a revolutionary who is as ruthless as she is beautiful, a deadly double-cross, and the lack of a decent scotch when his own supply runs out.

This is a good mystery book. Its not to long and it's easy to finish in one evening. Theo Holland does a great job narraiting this book. That's how I came across this series. Theo makes the books even better with his narraiting skills. If my review was any help will you please click the helpful link. Thank you