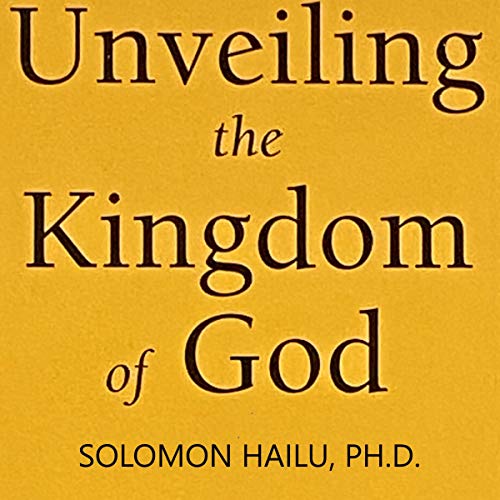 Unveiling the Kingdom of God

Our Lord Jesus Christ came to re-establish his kingdom on earth. His greatest mission was to establish the lost kingdom of God on earth. To that end, he taught and preached exclusively about the kingdom of God - more than about anything else - through his parables, sermons, and miracles. The subject of the kingdom dominated Jesus’ message from the first days of his ministry to the last. The book presents scriptural evidences to show that the kingdom of God was on top agenda of Christ’s mission to earth.

Jesus never called us to be healed or delivered; he called us to first enter God’s kingdom. He performed healing and deliverance only after preaching the kingdom as those things manifest themselves normally after the kingdom comes into our lives. When you have Jesus and his kingdom in your life, you will have everything. God wants to give you his greatest gift first which is his kingdom.

Dr. Solomon Hailu is an acclaimed academician who wave published numerous academic books and peer-reviewed journal articles. Dr. Hailu received his BA, MA, and PhD in Political Science and International Relations. Currently, he is serving as a full professor of Political Science at Oral Roberts University. He and his wife Mulu, also a professor of Electrical Engineering and a senior electrical engineer, have started the Unshaken Kingdom Ministry in Tulsa, Oklahoma, USA. So many have received salvation, healing and deliverance under the powerful gifts of the Holy Spirit.

Unveiling the Kingdom of Godに寄せられたリスナーの声

This book is a powerful and simply written introduction to the most important message in the world--the message of the Kingdom of God!