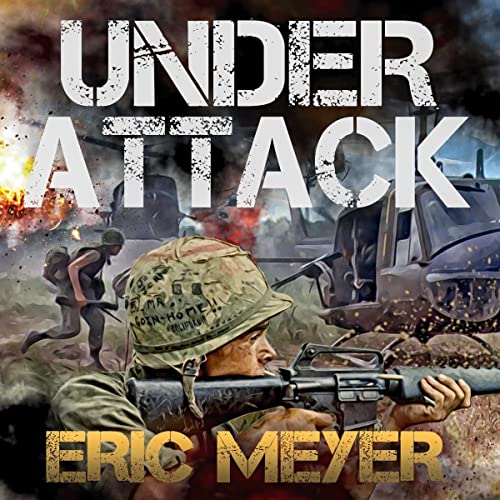 Vietnam in 1968 is a hotbed of turmoil and death. Some as a result of the war, others not. Some are planned assassinations yet to happen.

A C-130 transport aircraft flying close to the DMZ crashes in deep jungle. The aircraft was carrying a squad of army CID experts on a confidential mission to investigate rumors of a planned assassination of the Saigon president, yet the investigation ended when the crash resulted in the deaths of all aboard. The South Vietnamese insist the plane was brought down by a North Vietnamese missile. The Communists agree and even admit to shooting it down. An open and shut case, and MACV dispatches Warrant Officer Carl Yeager along with a female officer from the Saigon police to sign off on what is a routine casualty of war.

Things go wrong from the start. Yeager stumbles across a dying survivor, and his story is at odds with the official version. The evidence stinks, and while the war rages, Yeager starts to dig further into the reasons why senior army officers and politicians from both north and south would wish to end the investigation abruptly.

He asks questions powerful men would prefer they were never asked, let alone answered. As a result, he finds himself in the crosshairs of both cops and ARVN, who use a Vietcong attack on Saigon as a cover to attempt to kill him. With no other options, he must break out of Saigon, pursued by Vietnamese and American forces. He must go north, back to the DMZ, to the scene of the crash. To find answers and to stay alive.

A full-length novel by the best-selling author of many spec ops books. These include the popular SEAL Team Bravo stories, Heroes of Afghanistan, Raider, Echo Six, and Devil's Guard titles.