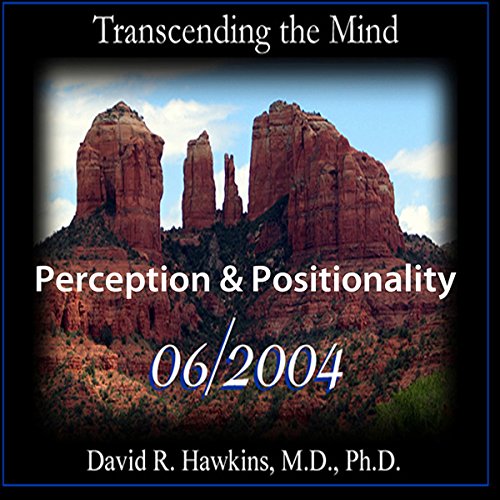 David R. Hawkins, M.D., Ph.D., is an internationally known author and speaker on the subject of spiritually advanced states of consciousness and the realization of the presence of God as Self. His published works, as well as recorded lectures, have been widely recognized as unique. They describe a very advanced state of spiritual awareness which occurred in this individual, with a scientific and clinical background, who is able to verbalize and explain the unusual phenomenon in a manner that is clear and comprehensible.

Dr. Hawkins is a nationally renowned psychiatrist, physician, researcher and lecturer, as his listings in Who's Who in America and Who's Who in the World amply attest. He has been a guest of the MacNeil/Lehrer program, Barbara Walters and The Today Show. His book (prior to his best selling trilogy: Power vs Force, Eye of the I, I: Reality and Subjectivity), Orthomolecular Psychiatry, was co-authored with Nobelist Linus Pauling. His most recent book is Healing and Recovery. He signifies his dedication to our innate Divinity with the statement "Gloria in Excelsis Deo!", with which his published works begin and end.

This all-day seminar was held at the Sedona Creative Life Center in Sedona, Arizona, in June of 2004.

The best book of the Century

The most evolved revelation of this century! Fantastic. Great deep voice, so refined jokes. Great organization. It is a joy and so informative! Full of wisdom!

more great work by a brilliant spiritual teacher. everything you need to know is presented in his lectures.

What did you love best about Transcending the Mind Series (Perception & Positionality)?

This is the third lecture I've listened to and have thoroughly enjoyed then all. There is some repetition but that is not a problem since this is information I could benefit from hearing frequently.

What was one of the most memorable moments of Transcending the Mind Series (Perception & Positionality)?

This is a recorded live lecture

What did you learn from Transcending the Mind Series (Perception & Positionality) that you would use in your daily life?

Confirmation of previous spiritual work. Raising your level of consciousness takes continually renewing your intention to do so.

I liked the way the whole of information was presented with good humour and easy examples that made it so easy to understand the whole lecture.

As always Dave delivers answers to question I did not have in mind yet. Awesome