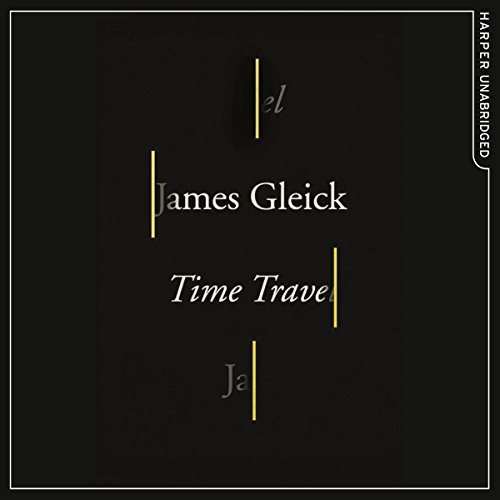 On The Information:
"Mind-stretching but enlightening...the power and breadth of the ideas involved cannot but make you marvel." (Daily Mail)
"Magisterial.... It is not merely a history of information, but also a theory and a prospectus. To describe it as ambitious is to engage in almost comical understatement." (The Times)
"A deeply impressive and rather beautiful book." (Observer)
"This is a work of rare penetration, a true history of ideas whose witty and determined treatment of its material brings clarity to a complex subject." (Daily Telegraph)

On Isaac Newton:
"The book has the magic of a wonderful laboratory experiment.... A masterpiece of clarity - so difficult to write, so easy to read." (Michael Holroyd)
"A fresh and brilliant portrait of his personality and life, the people who mattered to him, the influences which played on him, and the contexts of his achievements." (Oliver Sacks)
"After reading Jim Gleick's beautifully written and intimate portrait of Newton, I felt as if I'd spent an evening by the fire with that complex and troubled genius." (Alan Lightman)
"It's beautifully paced and very stylishly written: compact, atmospheric, elegant. It offers a brilliant and engaging study in the paradoxes of the scientific imagination." (Richard Holmes)

On What Just Happened:
"Untangling anything from an interview with Microsoft is hard; putting it into context harder; making that readable, and even enjoyable, the work of a master. Gleick does it. It's a pleasure flying with him." (Independent)

On Faster:
"It's an important portrait of an age; a learned, witty, eclectic treatise, and it might even help you to slow down. So don't hang around - go out and buy it right now." (Robert Macfarlane)

From the acclaimed author of The Information and Chaos, a mind-bending exploration of time travel: its subversive origins, its evolution in literature and science and its influence on our understanding of time itself.

Gleick's story begins at the turn of the 20th century, with the young H. G. Wells writing and rewriting the fantastic tale that became his first novel, international sensation The Time Machine.

A host of forces were converging to transmute the human understanding of time, some philosophical and some technological - the electric telegraph, the steam railroad, the discovery of buried civilisations and the perfection of clocks.

Gleick tracks the evolution of time travel as an idea in the culture - from Marcel Proust to Doctor Who, from Woody Allen to Jorge Luis Borges. He explores the inevitable looping paradoxes and examines the porous boundary between pulp fiction and modern physics.

Finally, he delves into a temporal shift that is unsettling our own moment: the instantaneous wired world, with its all-consuming present and vanishing future.

About the writing around time

This book is more about how writers have been writing about time (with a particular emphasis on time travel), than about science per se. This is quite different from other books from the same author. It is not bad but I was not looking for that.

Great companion piece to The Information

this is a wonderful if rambling meditation on the various aspects of time travel both infection and physics as they have formed a a part of the cultural conversation over the last 100 years. James gleick and Rob Shapiro are a great combination. I could listen to Rob Shapiro reading out the phone directory. the book does not have a tremendously obvious structure, and does return repeatedly to the same subjects, but always with a new glass and is never short of thought-provoking. Well recommended

A history of time travel in literature.

This is a fair overview of the history of time travel in literature, and is well read by Shapiro (I would heartily recommend Max Tegmark's Mathematical Universe also read by him), but I still found it a little disappointing. Personally, given it is written by Gleik, I had expected a little less history, and a little more scientific examination of the whole idea of time travel. I am not saying it is not a good listen, because it is, but just maybe not what I was hoping for.

loved this , my fascination with time travel has only been spurred on more, this was all alot to take in but I really did love it so I think I'll go back in time & listen again :)