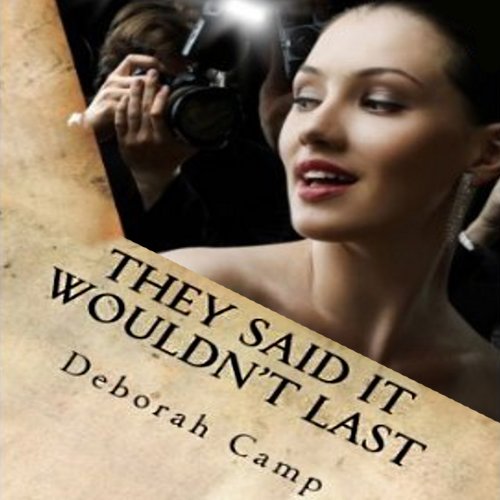 They Said It Wouldn't Last

When best-selling author Glory Mathers married handsome Wade Wilson, an out-of-work actor, all the gossips shook their heads. In those early days in New York City, she was the breadwinner and mother to three children, while Wade struggled with his uncertain career.

Now, 10 years later, Wade has his turn to shine - as one of Hollywood’s brightest film stars. But Glory feels eclipsed amidst the California glitter. Her agent, friends, and inspiration are on the East Coast - the man she adores is on the West Coast. How can Glory make a triumph of the marriage they said wouldn’t last?

They Said It Wouldn’t Last is a story about love, jealousy, gossip, and the travails of maintaining relationships over time and distance. In Deborah Camp’s novel, acclaimed writer and mother of three Glory Mathers must deal with the recent success of her actor husband alongside a good dose of Hollywood culture shock. Caroline Shaffer’s audiobook performance is spot on. She nails Camp’s humorous observations about West Coast living and compassionately relates Gloria Mathers’ growing anxiety that her marriage is headed for trouble.

They Said It Wouldn't Lastに寄せられたリスナーの声