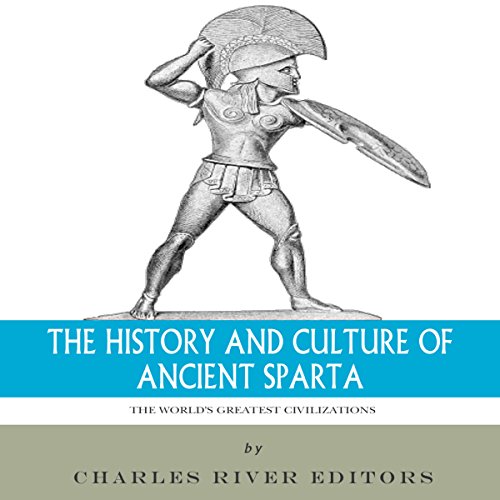 The World's Greatest Civilizations: The History and Culture of Ancient Sparta

There have been no shortage of great warrior societies in history, including the Romans, Mongols, Macedonians, and Vikings, the list goes on. Yet one humble city in particular, nestled in a valley near the Eurotas River in the Greek region of the Peloponnese and once ridiculed as little more than a cluster of villages inhabited by uncouth shepherds, produced the most famous warrior elite the world has ever known.

The most unique city-state in Ancient Greece was Sparta, which continues to fascinate contemporaneous society. It is not entirely clear why Sparta placed such a great emphasis on having a militaristic society, but the result was that military fitness was a preoccupation from birth. If a Spartan baby did not appear physically fit at birth, it was left to die. Spartan children underwent military training around the age of seven years old, and every male had to join the army around the age of 18.

The Spartans, whose carefully constructed approach to warfare and - there is no other word for it - Spartan way of life, earned the grudging admiration of all of Greece and succeeded in establishing themselves in the years following the reforms of the semi-legendary ruler Lycurgus as the greatest military force in all of Hellas. Athens might have the mightiest fleet and the greatest cadre of philosophers and dramatists, Thessaly might have had the most vaunted cavalry, and the great city-states of Argos, Thebes and Corinth all had their own claims to fame, but on the battlefield the Spartan phalanx stood without peer.

The World's Greatest Civilizations: The History and Culture of Ancient Spartaに寄せられたリスナーの声

Not even 5 minutes in, I had to stop. The narrator's voice, pronunciation, and breathing absolutely drove me insane. It was like nails on a chalkboard with a 5 year old playing a recorder in the background. I can't rate the story because I never got to the point of being able to absorb any content.