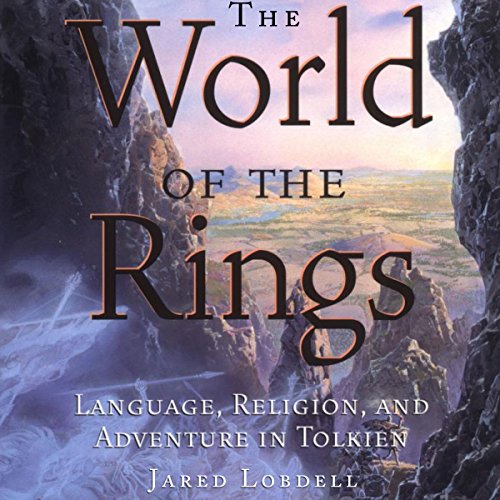 Jared Lobdell examines Tolkien's methods and his worldview by following the thread of three influences: the Edwardian adventure story, the science of philology, or comparative languages, and Roman Catholic theology. The "Edwardian mode" of adventure story (King Solomon's Mines, The Lost World) is one in which a small group of Englishmen make an expedition to foreign parts and find supernatural terrors awaiting them, finally returning home, mission accomplished. The architecture and narrative style of these adventure stories is followed completely in The Hobbit and The Lord of the Rings. Tolkien's towering erudition in ancient Germanic and Celtic languages helps to explain his successful use of a mixture of period styles in his storytelling, as well as his amazing facility coining memorable names. Although Tolkien's stories betray a strong Christian conception of virtue and suffering, his Catholic background raises difficult problems for understanding the tales, with their heroes who are basically irreligious. Lobdell pursues many subtle clues to arrive at a balanced answer.

The World of the Ringsに寄せられたリスナーの声

A Thoughtful Consideration of Tolkien/s Work

It has taken me some time and listening to The World of the Rings two and a half times to even begin this review. Like Mr. Lobdell, I too grew up in the Episcopal Church and, like Mr. Lobdell, I have read LotR more times than I can count. Like Professor Tolkien (indeed part of why I love his work), I have a great affinity for philology.

Jared Lobdell displays an excellent personal understanding of Professor Tolkien. His analysis is very thoughtful thorough. I could easily writing pages of reflection on Lobdell;s analysis, both areas where I agree, and where I disagree. What stands out to me, however, is that both where I agree and where I disagree, I find his analysis thought-provoking. I have had to spend much time thinking about why I disagree on certain points and looking for where I might have missed his point. To me, this is high praise.

I'm going to focus here on where I disagree, not to harp on a negative, but because I think that other areas, especially Lobdell's analysis of the influence of Tolkien's professional life and personal interest as a philologist are more self-evidently sound. Further, any proper discussion of those points, even for a review, would require citations and more in-depth analysis than would be appropriate here. Suffice it to say, that Lobdell shows great understanding and appreciation for Tolkien's keen sense of language. While he did not mention it, I have no doubt that the fact that Tolkien said that the Elves called themselves the "Quendi" - those with speech - caught Mr. Lobdell's attention. He does reference the fact that Tolkien's mythology was intended in no small part to give depth and a "historical" context to the languages he had created.

It is also important, before I voice my criticism, to say that Mr. Lobdell's understanding of Tolkien as a Roman Catholic Christian is excellent. For example, references Tolkien's term "sub-creator" to describe a person's creative role - we reflect in our own small way God's work as Creator. This Tolkien vividly expressed in the poem he wrote for C.S. Lewis "Mythopoeia." He also references Tolkien's self-coined term "eucatastrophe" from his essay "On Fairy Stories." Eucatastrophe is a key element in LotR and Tolkien saw it as the very core of the Christian Gospel. in what I say next, I do not mean to suggest that Mr. Lobdell was wrong about Tolkien's personal beliefs and how central they were to his fundamental worldview. Further, while I forget where I saw read it, but I did read at one point that Tolkien admitted later that his Catholic faith had influenced him more than he had intended.

Where I find Mr. Lobdell's analysis to be off base is where he ascribes to the mythology of LotR a Christian theology. There are two basic problems here: First, the assertion of a Christian theology violates Tolkien's categorical, unequivocal statement that he disliked allegory - even the slightest hint of it. Second, Mr. Lobdell is forced repeatedly to note where the supposed Christian theology is not fully worked out or expressed. This is particularly obvious when he tries to pin down whether Tolkien's Middle-earth is in a state analogous to being between the Fall of Adam and the coming of Christ, or even before the Fall; that is, "pre-lapsarian," to use Lobdell's term Taking Tolkien's dislike for allegory seriously, and seeing the issues that Lobdell points out, I am quite certain that a more realistic approach would be to see the influence of Tolkien's Catholic Christian faith on his mythology being one of lending to the presence of themes that are familiar in the Christian worldview. Themes, as just themes, are strands of thought that are not woven together into a complete, thought out, systematic "theology" or other belief system. Certainly LotR and the Silmarillion include themes of temptation, sin, avoidance of temptation and sin, delusion, foresight, wisdom, knowledge, avarice, courage, cowardice, lust for power - all of which are important, core themes in Christianity. However, to say that the "Gift of the Spirit" are present in the story is to ascribe to the inner mythology something that simply isn't there - and deliberately so. If Aragorn, or Faramir, or Sam, or Théoden display the kinds of qualities that St Paul would call "gifts of the Holy Spirit," it is not because the Holy Spirit in Tolkien's mind are behind those qualities in his mythical world. It is only because he, as a Christian, values those qualities and sees them as gifts. In short, where I belief Lobdell errs, is in attributing the work of the Christian God as the source for anything within the world in which the characters in Middle-Earth live. Themes of virtue and evil, of temptation and succumbing to temptation are there in the story, but within the story, their source is not the Christian God or Satan. This is a critical distinction to make. It is the difference between allegory and applicability as Tolkien discussed those two concepts in the foreword to the second edition of Fellowship of the Ring. Allegory is an imposition by the author on the mind of the reader. Applicability is the reader seeing themes that are relevant to his or her own life.

A second note of criticism is not directed toward the author, Jared Lobdell. Instead it is directed toward the narrator, Stuart Appleton. Mr. Appleton's reading voice is pleasant enough and he reads smoothly and with appropriate vocal inflections, but displays a complete lack of familiarity with Tolkien's work. He consistently pronounces the names of people and places in violation of basic rules that anyone familiar with Tolkien will instantly notice and find quite distracting. This might not be as pronounced an issue if language weren't such a core piece of Tolkien's work. Tolkien devotes an entire appendix to the spelling and pronunciation of words and names. To me, it was jarring every time I heard even the most basic word mispronounced.

If you are looking for a thoughtful discussion of Tolkien's world, The World of the Rings is certainly a worthwhile read. The fact that I had to listen to the book twice - and was willing to do so inspire of the jarring mispronunciations - to formulate this review, tells me that my objections are at least balanced by what I found positive. Christian and non-Christian readers alike will find much to consider in Mr. Lobdell's analysis and will find his book a pleasant read.