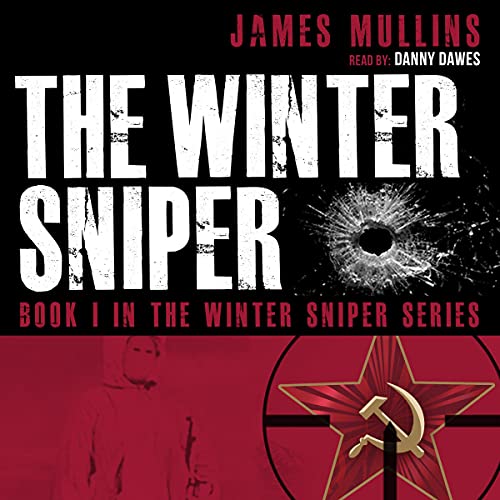 November 30, 1939 - invaded by the Soviet Union, Finland must mount a desperate defense against overwhelming odds.

Outnumbered and outclassed, the world expected the tiny Nordic nation to quickly succumb to the communist juggernaut. Instead, the saga of David versus Goliath was reimagined into Finnish farmers and woodsmen standing firm against Soviet steel.

This is the story of Hale’s war, a young man who grew up farming and hunting the frozen forest of his northern home. Taught from a young age by his father to hunt and trap, Hale has grown into a master woodsman. Not yet 18 summers in age, he is most at home in the wilderness. Utilizing his gifts, especially his uncanny aim with a rifle, he has helped put food on the table and to earn a living by selling valuable pelts.

When invasion threatened, he put his growing love for Nea on hold and answered his nation’s desperate call to stem the Soviet hordes. Now alone in Finland’s vast southern forest, his skills are being tested against prey of a different kind. Will his abilities and the rifle his father gave him be enough against the countless numbers, tanks, and aircraft of the Soviet Union?

My first story set in Finland...

...and, I am sad to say, I never considered what other countries went through during that war. Hard to realize that our school system in the US failed to allow us to see all sides involved. As a historical fiction book, it is top notch. I loved the way the author built the story from the present and kept sharing bits and pieces of the past to allow us to know who Hale is and where he came from. A nice change from the way some authors tend to bog the story down with 'random facts' that is supposed to be the 'back story'. This story started with a bang and continued that fast pace throughout the story.
I listened to the audiobook version of this book and it is the first for me listening to Danny Dawes. Danny does a fantastic job of telling this story and he does well bringing each character to life. There were a few times that I actually felt the 'intensity' due to the narrator.
I highly recommend this book and look forward to the next book.

This was a pretty good WW2 story about Finland defending their country from the Soviets. Our protagonist Hale seems to almost be a super hero. He rarely misses and he is even good with the knife. Will probably read/listen to the next story.

This book appears to have been written by a fifteen year old with limited experience and vocabulary. If I hear about barking rifles or Ean’s mesmerising orbs one more time I think I’ll throw up. Entirely one dimensional characters, stilted dialogue and total lack of any suspense destroy what could have been a good book. Hale’s shots never miss and the Russians never hit. I’m not sure who this book is aimed at, but it can’t be adults.