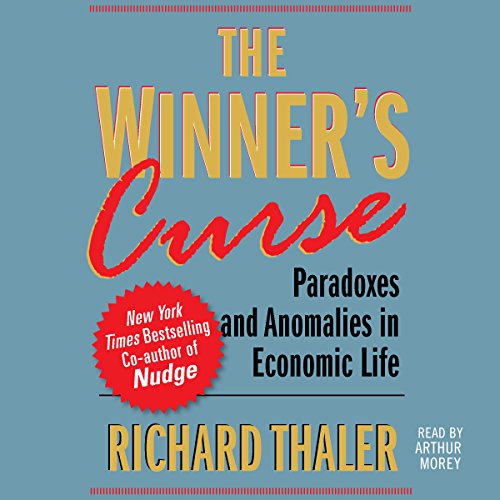 Winner of the Nobel Memorial Prize in Economic Sciences

Richard Thaler challenges the received economic wisdom by revealing many of the paradoxes that abound even in the most painstakingly constructed transactions. He presents literate, challenging, and often funny examples of such anomalies as why the winners at auctions are often the real losers - they pay too much and suffer the "winner's curse"; why gamblers bet on long shots at the end of a losing day; why shoppers will save on one appliance only to pass up the identical savings on another; and why sports fans who wouldn't pay more than $200 for a Super Bowl ticket wouldn't sell one they own for less than $400. He also demonstrates that markets do not always operate with the trap-like efficiency we impute to them.

great book not a great audiobook

material is dry and as a result it doesn't lend itself to listening due to the complexity of the topics. I recommend it though as far as content is concerned.

I missed that this material is 25 years old, I think Audible should make that clear!

Thaler's Nudge, was a game changer, unfortunately here 12 years earlier, he does little to dispel the "Dark Arts" of Economists.

Although, the pathogen of Wall Street bonus culture, escape any analysis.....

Now, analysing there bonus structures of the market makers.....that's a book to look forward to.