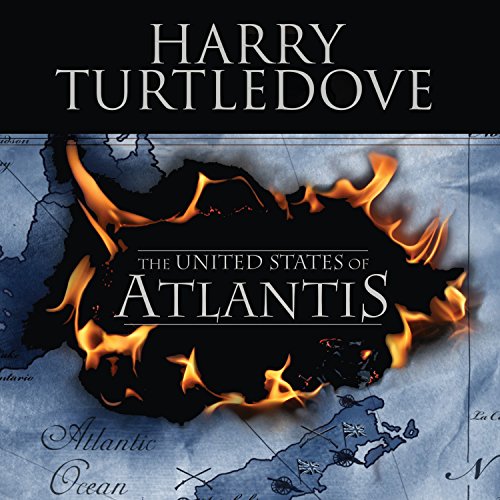 The United States of Atlantis

"The unchallenged master of alternative history touches on a common myth in his latest retelling of the history of the world." ( Library Journal)

England has driven the French from Atlantis, giving King George leave to tighten his control over the colonies. The Redcoats have seized the continent's eastern coastal towns, depriving the Atlanteans of the markets where they sell their goods as part of a strategy to bend the colonists to their will.

Instead, England's tactics have only strengthened the Atlanteans' resolve to be free. As leader of the revolutionaries, Victor Radcliff will make the English pay for each and every piece of land they dare to occupy, and will stop at nothing to preserve the liberty of his people as a new nation is born - a nation that will change the face of the world.

As alternative history, this is a beautifully rendered portrait of the Revolutionary War in a world both familiar and wildly different from our own. Contrary to legend, Atlantis has not sunk; instead it replaces North America as the "New World." France, England, and Spain are expanding their empires there, much to the chagrin of the indignant colonists. Todd McLaren does an outstanding job suspending listener disbelief, rendering ferocious battles with such ardor you can smell a whiff of musket fire. He also depicts Atlantis's richly detailed floral and fauna with a naturalist's zest. Just as nimble are his shifts between the accents of Red Coats to those of common soldiers and distinguished colonists.

The United States of Atlantisに寄せられたリスナーの声

Harry Turtledove couldn't do anything less than excellent even f he tried, this book is no exception. He mixes historical fact with fiction the way Meryl Streep acts...it's just not fair to anyone else that tries.