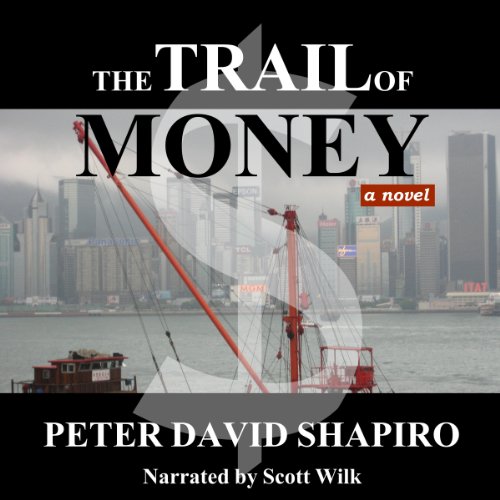 Consultant Harry West is hired by the government in Hong Kong to evaluate a business deal promoted by the son of one of the richest men in Asia. But after Harry arrives in Hong Kong, he discovers the assignment is not what he expects. His client wants him to find evidence of money laundering and corruption, evidence that will kill the deal.

Harry has no experience investigating criminal schemes. He harbors doubts about his courage, being all too aware that the people he might expose will stop at nothing to protect themselves. However, he needs the work. He takes on the assignment, and soon it requires him to draw on resources that he never knew he had.

Along the way, Harry's journey is shaped by two women in Hong Kong, an American journalist who is investigating the same deal and a long-lost love who comes back into his life.

A suspenseful story about intrigue, revenge, and the bonds of love and memory, The Trail of Money keeps the reader guessing until the end.

Would you try another book from Peter David Shapiro and/or Scott L. Wilk?

This book fulfills your classic mystery thriller--compelling storylne involving male protagonist and beautiful, vulnerable woman. Unfortunately the writing was too similar to other thriller woriters (Connelly, Grisham) and a tragic occurrence was followed unrealistically with a 3-course dinner.

I enjoyed the ending

Did Scott L. Wilk do a good job differentiating all the characters? How?

One of the other flaws in this story was the lack of differentiation of characters by the narrator. I did like his smooth voice through.

The storyline was an interesting concept and characters well drawn. The narrator spoils the story and is hard to listen to at times.