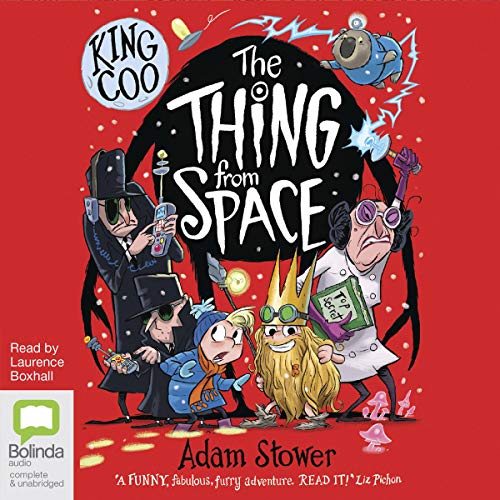 If Peter Pan had been a girl...with a beard...then she'd have probably been called King Coo!

The aliens have landed...or have they?

Something mysterious has dropped into Coo's woods, and an even more mysterious government agency, the MIC (the Men in Caps), are out to find it.

There's danger at every turn: Ben and Coo are going to need their most ingenious plan yet to save The Thing from Space.