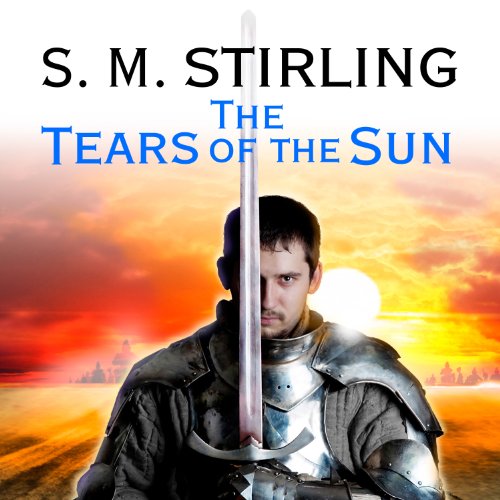 The Tears of the Sun

It's Change Year 25, a generation after high-energy technology died in a catastrophe most of the human race didn't survive. The children born after the Change are now starting to take center stage - and Whoever or Whatever was behind the Change itself may be taking a hand in their rivalries. An expedition has travelled to Nantucked across a strange and hostile continent to find some answers.

The Tears of the Sunに寄せられたリスナーの声

Admit it, you're in for the duration

Didja ever wonder what was going on in Montival while Rudy and the gang were on the sword quest? Me neither. (12 hours of that) . Dies the Fire was a really fun thought experiment. Hard Sci-fi and swashbucker and whatwouldUdo post-apocalypse thought experiment. I even enjoy trying to use my undergraduate physics (quantum mechanics and Boyles Law) to explain the "change" Macguffin to my friends. The 2-followups set the hook ...or maybe I actually just skimmed the food porn in the first four books (advantage to print). Anyway, I'm still enjoying the ride. But the ride IS getting slower. Makes me wonder why he's spends time recapping the origin stories (like sequels usually do) because anyone still here at book EIGHT was surely here from the beginning. Worth a credit for emberverse fans. If you're new, head for book one then decide.

Filling in the backstory

Where does The Tears of the Sun rank among all the audiobooks you’ve listened to so far?

What does Todd McLaren bring to the story that you wouldn’t experience if you just read the book?

I'm used to McClaren. Changing narrators now would be jarring.

Would've liked to, but it takes a couple of days

I really don't understand all these negative reviews. Like David Weber, Stirling writes in great detail and many layers. If one allows oneself to become invested in the narrative, these books are very compelling. I will be listening to the entire series many times in the future.

Honestly, this book is rather boring.

First off, I love S. M. Stirling and have greatly enjoyed many of his other books. This one, though, I did not enjoy. The story was too stiffing, and the manner in which he had the story jump from one time line to another was very confusing...perhaps straight forward for a book reader but as an audio reader I found the oscillations bewildering. I can understand why he wrote this book, to tie the story together, but it felt like a boring old patchwork blanket, like the one that grandma always had on the back of her couch that smelled of mold and mildew.

This book did not engage me as many of S.M. Stirling's books have. In fact, it was so dull that my mind frequently wandered. Just as I was about to blow it off and listen to something else, something more interesting (like Barney or the Muppets) I decided to try and stick it out in hopes that it would get better. Just as I thought that I would be rewarded, just as the characters were girding up for the final climatic battle, the book ended.

Bummer does not begin to describe it.

Have you listened to any of Todd McLaren???s other performances before? How does this one compare?

Todd McLaren's performance in this novel was excellent.

Did The Tears of the Sun inspire you to do anything?

No, not unless you mean instilling a desire in me to never listen to another book in this series. This desire is similarly tempered by my desire to find out how this will all end.

Must get paid by the letter! Done!!!!

What would have made The Tears of the Sun better?

Just tell the story and quit re-telling the previous 7 books with a bit of new here and there, and fuck off with the food and clothes discriptions!

nothing by s.m. stirling

He actaully got away from some the worst attempts at acsence!

Was Losing me on the last 2 books, hung in there hoping for more, but just more of the same crap!

Continuation of a Good Story

worth the listen, this is a good continuation of the series. I wish there wasn't so much repeating of details though.

This book was a novella expanded to novel length by adding in pure fluff and filler. There was only one significant event in this book, and it fits in with the overall theme of the series, but it didn't require everything that took up (wasted) space in this book.

I consider this book a prime example of how not to do things in order to make more money by selling extra books on a contract. Then I find out the new main story novel, Lord of the Mountains, is nearly HALF the length of this filler novel. All events of true significance could have been combined with Lord of the Mountains to make one good novel.

After all these years of reading him I expect far better of S. M. Stirling than this.

Four more books in the series?

I LOVE these characters and after seven books I was hoping to get more than just a review of everything from the first seven books!

Has The Tears of the Sun turned you off from other books in this genre?

Marriage of Rudy and Maddie though it was WAY too short and lacking in specific detail. (wink wink)

Did The Tears of the Sun inspire you to do anything?

Look for quality novels that do not stretch out a series over so many stretchy "installments" without truly satisifying endings?

I am so sad because I LOVE this author and the previous novels were very good. Islands in the Sea of Time series is terrific too. Not sure if I can stay in for Given Sacrifice if this is going to be the structure...:(

Beloved Stirling...your fans would rather have ONE GREAT NOVEL than twelve mediocre ones...just sayin" !!!!!

This book is not terribly chock a block with action (though there some battle scenes) but the overall sense of it I got was that the author was really trying to describe more details and smaller parts of the world he has created. The overall story is advanced is advanced...somewhat. I found the description of the ins and outs of the new society to be interesting and will definitely read more but this book may not be the best thing for those who care more about "what happens next" and plotty aspects.

Personally, these books now to me are more about exploring the new created environment than the whole tried and true good v. evil storyline. Although I would like to know more about the world of those folks in Nantucket stuck in 1200 BC and how it will all tie together.

This series has well and truly passed it's use by date; the author should have terminated the cycle with A meeting at Corvallis. There really is nothing good to say about this latest installment. The story drags with an almost pointless set of flashbacks taking up way too much space, and then the build up to the denouement culminates in the same rushed ending as in the previous book and an attempted cliffhanger.
The characters have become even shallower and the action sequences exceed their previous anime silliness.
A sad and dismal end to what could have been a great series. I will not be getting anything else by this author.

not place to jump into a series

the reader is droll; the story is NOT a stand-alone ... can't understand what is going on or what has gone before ... and even reading about it on different websites I'm STILL in the dark and bored to tears ... bored enough to see if I can get my $ back!

Excellent providing you have patience

First this book is excellent especially for those who have been following the series. However it is slow only covering a few months instead of the typical year of the previous books. Also this book isn't the physical world building of the previous journey books concentrating on the spiritual world building forcing the reader to understand that this is a world different from pre change or post change this is now a post sword world. There is a back story element which is a key focus within the book leaving previous main characters to fall into the background and bringing other background characters into the fore, which will aid in to bring in a wider character base into future books.

Well written but this is just the prelude to the war so its mostly a " stuff happens" book. There is a big chunks about Mary llu's downfall but it is a book that if skipped to the next one you won't have missed much