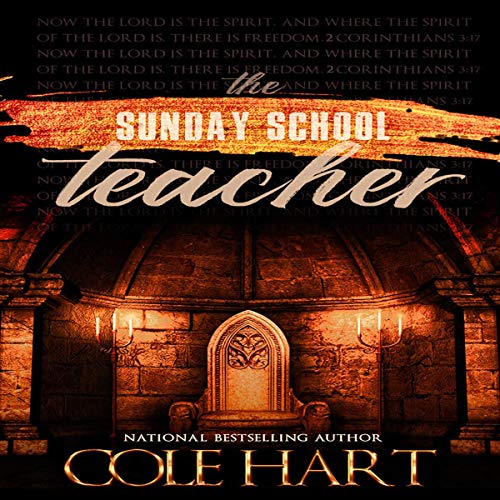 No! I wasn’t raised in the church. It didn’t happen until my mother fell ill and God took her away from me for no reason at all. Cancer, they say. But I needed to hear it from God, so I began talking with him every day until my friends started calling me crazy. At that point, I started removing myself from the “in” crowd and became a loner. I left Augusta, Georgia a little over a year after I graduated from high-school and took a Greyhound bus to Atlanta. From that point, I lived in a women’s shelter and joined a pretty decent church. Then, I found my position as the Sunday school teacher. I loved working with the youths.

That was until I met a man. The man that my pastor had warned me about. He knew him so well because they were brothers from the same womb. I should have turned away then. God was trying to tell me something. Instead, I fell into his powerful arms. Honestly, I didn’t see anything wrong with falling in love in church. Then, at the blink of an eye, I was standing in the courtroom, my eyes were filled with tears, and I was frightened. The jury had been deliberating for the last few hours, only to find me guilty on all counts. The judge wasn’t light on me either. He sentenced me to “life” in a Georgia state women’s prison. And that’s when I stopped believing in God.

Everyone has a testimony, but Annabelle Humphrey has a hope-filled and inspirational story about faith, love, friendship, and redemption that will certainly grab you from the first chapter to the very last one.

Don't let the review fool you

The premise of this book really intrigued me so I decided to give it a try. Less than 30 minutes into it I knew I had made a mistake. The characters are not well developed. The timeline is all over the place with very little indication of change. The author replayed a scene by literally replaying every word as if we hadn't just heard it. I don't have the talent to write a book and I appreciate everyone that does. I feel that this book could have been much better.