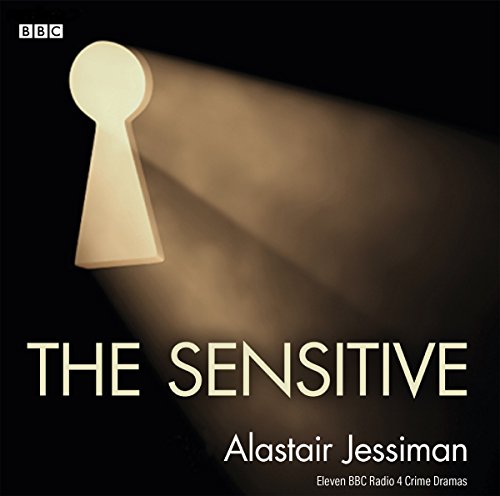 The complete series of off-beat thrillers about psychic detective Thomas Soutar, who uses his skills in police investigations.

Police call in Thomas Soutar to help find a missing woman. Thomas is adept at solving crimes - but is his extraordinary gift a blessing or a curse?

Thomas Soutar discovers some unsettling connections between his own uncle's past and the murder of a young boy.

When Thomas agrees to help in the search for a missing music student, he becomes obsessed by the missing girl in ways that he had not expected.

Thomas suffers a crisis of confidence when he is asked to investigate a potential serial killer. An old girlfriend, Kat, persuades him to take a break for a few days, but Thomas soon becomes convinced that they are being followed.

A Casualty of War

Thomas' mother has been forced to close her guest house due to emergency building work. An old friend offers her the use of his guest house, now lying empty. But Thomas senses a malignant presence in the isolated house, and one night Thomas' mother is sure she sees a face in her bedroom mirror - the face of a woman not seen since 1945....

Thomas is asked to investigate the disappearance of a family friend. It's believed the missing man may have committed suicide, but the voices in Thomas's head suggest a different explanation....

Queen of the Dead

A grieving daughter finds hundreds of cassette recordings made by a woman obsessed with her late father, a Professor of English. Thomas Soutar is hired to trace the identity of the woman behind the tapes, who styles herself the ‘Queen of the Dead’.

Thomas is brought helps investigate when a journalist goes missing after building up a dossier on a powerful crime family.

Thomas and Kat go on holiday to the Western Isles. But Thomas is soon drawn into a dangerous game with a celebrated actor.

Glasgow's disused underground tunnels are the hunting ground for an injured ex-soldier who threatens to kill three men he holds responsible for cheating him out of an inheritance. When one of the men under threat goes missing, Thomas helps the police in their search - but he soon discovers that there is danger much closer to home.

A religious retreat in the Scottish Highlands is the venue for the final investigation by the psychic Thomas Soutar. Thomas and Kat discover that the extreme views of their host have alienated many people in the community, and a quiet few days away become unexpectedly life-changing when Thomas has a fateful reckoning with his psychic abilities.

An excellent series of detective stories!

This is one of the finest things the BBC has ever put out! Thomas is a psychic in Glasgow that offers, reluctantly at times, the police with help in their investigations. He is appreciated and also referred to as a freak and a charlatan when things don't turn out to be true. Thomas' gift/curse helps to solve some of the higher profile cases and in one episode makes himself the angry target of a serial killer who he purposely goads on a radio show, and then drives out in the country to wait for the killer to come to him. They are very well written and fleshed out detective stories and do a great job of driving the listener through the emotional gamut. These stories are not for the extremely sensitive (Oh I can't believe I went there!), but definitely not for children. Not a shot is fired from Thomas. He simply uses his gift as efficiently as one could use such a gift. Enjoy.

I have totally enjoyed the stories and the progression of the sensitives life. The performance of the readers was very well done and I could close my eyes and visualize the characters and scenery and felt like I was there.

not a great story

excellent performance.
nice Scottish accent
I got bored and tired towards the end
the psychic is blind
Blind to his own impending

Never realised how many there were!

I 'd caught the occasional episode over the years so it was good to listen to the entire collection over the past week and I'll return to them again. Definitely a happy customer.

Well worth a listen

I enjoyed this series.
I had heard a couple on radio 4 so was glad to see it in audible.
One of the episodes cuts short before the ending, but i got the idea.
The narration is excellent, Robin Laing's voice is just superb.

Excellent crime drama from a new angle. Intelligent atmospheric and thought provoking. Well worth a listen.

interesting take on a psychic intuition

Thomas doesnt like the word psychic. He prefers to call himself a 'sensitive'. He uses his gift to help find missing people. This audio book follows him through a series of cases, as he helps the police. it also follows Thomas over a period of time as he faces his own challenges and tries to find peace and manage life and relationships outside of his gift.

Excellent believable characters, you immediately become immersed in the stories. The length of each one is about right whilst maintaining the continuity of the main people. If you like the supernatural combined with something which is well written then you couldn't go far wrong with this.

I wasn’t sure I would like this BBC collection because of the supernatural element . However I didn’t just like it I loved it ! From the excellent writing to the great acting and wonderful BBC production. These stories were gripping and not overwhelmed by supernatural elements . They were “who dunnits “with some psychic overlay. The main character is a psychic who sometimes helps the police . The stories are also about his journey and how he lives with the burden/gift he has. Great value for a credit .

plot a bit light in places

I really enjoyed this. I have no interest or belief in mediums or psychics but the stories are so well written and acted, they draw you into the characters and plots. I couldn't wait to listen to each story and wish there were more of them!

‘The Sensitive’ is a Gift

I absolutely loved every minute of ‘The Sensitive’. It all made perfect sense to me. Except I am so sorry that I finished this great Audible dramatisation. I really wish there could be a sequel with the same great author & full cast- please - Thankyou to Alistair Jessiman and all involved.