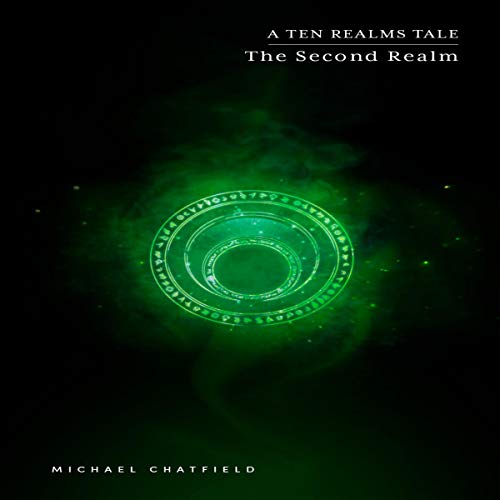 When Erik and Rugrat entered the ten realms they didn’t know what was going on. They only knew that they had contracted the two week curse.

When entering the second realm they came to understand their character sheets, and part of the system that is called the ten realms. A place that the strong make the rules and the weak cling to them for protection and hope that they might be left in peace.

They passed through the trials of the Beast Mountain Dungeon, taking control of it and becoming the leader of nearly 200 people.

Now in command of the Alva Dungeon and looking to forge a new future, they need more power, mana stones, dungeon cores, monster cores, if not then the Dungeon will stop functioning and they will need to relocate once again.

As they ascend to the second realm, Erik and Rugrat need to grow their skills, gain information, and find a dungeon. It’s hardly ever that easy.

need I say more....well sure I guess I will

Bonus Star for not being a turkey and cutting this up into several smaller books just to milk the fans.

These novels are not a simple telling of an entertaining series of events. they are a look into the lives and substance of another world. This world has been created in the imagination of a very promising storyteller and brought to life by an excellent dedicated performer. The overall tone is lighthearted and satisfying for those in the mood to hear their good guys to win and bad guys get schooled.

The Ten Realms series is shaping up nicely. I an hooked. But as an audible reader I’m also stuck. Hopefully we’ll have another audiobook soon.

I love this series, I put it on the same level as "The Land", can't wait for the next two books to be put on Audible.

Now just need to hurry up on book 3&4. The length is awesome, I hate shorter stories. I appreciate the thought put into all the explanations of the crafting processes, homework was done there. Also, tank monk.. enough said

Writing--
this book reads like it was written in a different language, translated to a second language, and finally translated to english. i'm paraphrasing but here's an example:
"beasts ran at the wall while the defenders on the wall secured their position on the wall. wolves dug their claws into the wall and pulled themselves up the wall until they were on top of the wall."

Story--
honestly fun. mixing magic with modern thinking is always an interesting route. "how do we make grenades? lets mix these plants with a spell!!" yeah. i'm into it.

Performance--
i cringed for a chapter or two when the reader couldn't figure out how to pronounce the name "Nguyen." I think he said it 6 different ways. i also don't think he's ever heard the word "apothecary." the voices are well defined though and he gets major points for keeping all the accents straight.

This is another great book in the series, I really enjoyed it, if you like LITRPG you probably will too. Its not super number crunchy, but I think it's done well.

So. Michael Chatfield. We meet again. I have taken a hiatus since reading your last book so I could get a fresh start. If anyone wants to see my review on the previous book you can go to my listener page. I will come out and say though that I liked the first book better.

Things better done in the previous book were the miraculous healing and brotherly love. The second realm has healing but it moves on to other things like alchemy, blacksmithing and building up skills. I would say about a third of the book is set aside for crafting. This is great and most of the information is highly researched and detailed.

In book 1, I loved the intense feelings I got, the peril of losing his limbs, struggling to get them back, the brother's love and camaraderie. I loved the joy of the villagers being healed of life long injuries. There was much more peril in the first book compared to this one.

In this book, both brothers outmatch almost everyone in the second realm as soon as they arrive so there is no danger what so ever. You made a good choice with Alva dungeon near the end of the book by the way. It should present a future challenge. *Wink wink*.

The Biggest Qualm I have about this book is Alva... The villagers. Seriously. It was absolutely ridiculous with the timeframe in the previous book so I guess this book is more believable in comparison but still. How can a rowdy group of peasants who got a week of training take down hoards of beasts, and now they are like military commando's out of nowhere. The timespan increases so they have time to train but you don't really mention that. They just sort of poof! know how to ambush, slaughter, maneuver, scheme, plot, conduct military operations and make political power moves. You provide little to no backstory into how they do this other than what we already know from the previous book. They could be done a lot better.

The book was rather mundane to me, felt like set up and am afraid you are falling back into old habits from Emerilia, trying to stretch things out instead of get down to the nitty gritty. Why make a dozen decent books when you can make a few amazing books. OR why make a dozen decent books and make 3 dozen amazing books. Take the time you need to develop the plot, however once it is there don't fluff it up with super technical jargon or needless clutter.

I believe the fourth book will be the most interesting so I will stick around until at least then. I have mixed feelings about the third realm and its botanical wonders... I feel like it will be a slog to get through.

Another thing Michael! NAMES! For crying out loud, I understand you want to keep a theme with the Eastern/Asian culture names of people cities and places. But for a simple folk like me my mind is boggling trying to keep track of unrecognizable yet familiar sounding names. I understand this may be just me and my problem, however you should know your audience. Several times I mixed up important key characters with each other and completely misunderstood what was happening.

I liked the mentors and they felt real to me. You made everyone at the auction sound pretentious so good on you.

My recommendations for future books is to stay conscious of what you are writing and have a friend read your drafts, or publish earlier drafts for special readers to comb through and give you recommendations. Don't ever let anyone change what you write though. You change how you write it so it can be perceived and understood more easily, but don't ever change your content or characters because of someone elses opinion. They should be exactly how you picture them.

TL;DR Great book, first one is better. This one is seems mostly like setup but has important things you can miss.

Thank you for reading this longwinded review. If you are a fan of Litrpg's, I have reviewed dozens and you can go to my listener page to find others you might like. If you are Michael Chatfield, thank you for everything you do and keep up the good work. I am excited to see what our two war heroes get into next!

to many details in this book, put you to slip.

I like the fantasy of the book and plot.
But there is to many details reciting to put you to sleep and loose attention.

It started with a two week curse

This has been a four day curse, I couldn't put it down. After the 4 day curse another curse started called, "Get The Third Realm!"

Has been a good listen, more on progression than fighting but good all the same!

This series is awesome

I loved book 2 this story is really growing on me. This one was all about the crafting and it made me so happy and the village smith is one of the funniest people in the book😂 .

On a more serious note I’m realising I only have 1 more book left of the audio books but the series is at book 5? I don’t think I want to switch over to reading coz it’s been a very good listen...

Decent enough story, although overuse of the word simple was a bit distracting.

there is a strange subplot with Delilah the apothecary seller being forced to apologize for being the victim which was a bit of a WHAT? moment for me and didn't sit well.

Even better than the 1st book

Really enjoyed this book.
Looking forward to the 3rd one highly recommend and well worth the money

as good as if not better then book 1

after getting hooked on the 1st book, I was a bit worried that the author might focus too much on main characters without developing others in the story but no fear as this doesnt happen, I have become more engaged in this world as each new & old character is fleshed out with their own back story and personality. Rugrat is a loveable redneck while Eric is the more stable guiding force on this pair's journey through the realms, always maintaining their strong battlefield bond ,moral code and ethics, a real couple of likeable heroes.

I really enjoyed this second chapter of the ten rehlms, it's very well written and keeps you wanting more, it's brilliantly written and the narration is flawless, each character is unique and brought to life.
The new character that are introduced compliment the old ones, and seemlessly fit into the story.
I highly recommend this serise, can't wait for book 3

characters developing and story getting more interesting. nice to see characters have to work for their development

I loved it. can't wait for the third realm. what gave you the inspiration for this book.

this book series has hit my top ten and I'm only on the second book. anyone who likes lit rog should listen to this. different aspect so far with weapons but is very intriguing. guaranteed good read

more of the Same goodness

if you liked the first one then you'll like this one, much the same with the story developing further

The game playing meets real life platform for this series is fun and fascinating. Enjoy!

Dude!! I need more my guy!! Absolute beauty of a piece, I'm fully hooked on this series

The only downside is that the narrator made all the girls sound mentally handicapped, is sounded like they have bad Grammer and it was honestly very annoying. I liked the book and bonus points for not being 10 hour long, wouldn't have bought it if it was short

good story, enjoying it a lot but that narrator is a real pain. almost every male side character sounds asian and every single female character not only sound asian but EXACTLY the same.