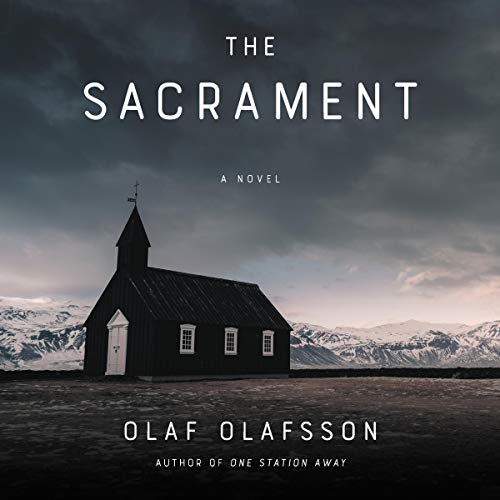 The haunting, vivid story of a nun whose past returns to her in unexpected ways, all while investigating a mysterious death and a series of harrowing abuse claims.

A young nun is sent by the Vatican to investigate allegations of misconduct at a Catholic school in Iceland. During her time there, on a gray winter’s day, a young student at the school watches the school’s headmaster, Father August Franz, fall to his death from the church tower.

Two decades later, the child - now a grown man, haunted by the past - calls the nun back to the scene of the crime. Seeking peace and calm in her twilight years at a convent in France, she has no choice to make a trip to Iceland again, a trip that brings her former visit, as well as her years as a young woman in Paris, powerfully and sometimes painfully to life. In Paris, she met an Icelandic girl whom she has not seen since, but whose acquaintance changed her life, a relationship she relives all while reckoning with the mystery of August Franz’s death and the abuses of power that may have brought it on.

In The Sacrament, critically acclaimed novelist Olaf Olafsson looks deeply at the complexity of our past lives and selves; the faulty nature of memory; and the indelible mark left by the joys and traumas of youth. Affecting and beautifully observed, The Sacrament is both propulsively told and poignantly written - tinged with the tragedy of life’s regrets but also moved by the possibilities of redemption, a new work from a novelist who consistently surprises and challenges.

This story is told by intertwining three time periods - 40 years ago, 20 years ago, and today. Perhaps in the book version, the switches between eras is delineated in some way, but in the audio version, no distinction is made. From one paragraph to the next, I had to figure out where in time the story was. Very, very confusing.

Re the story itself: if you like your main character deeply flawed and aware of it, then this is a good choice for you. If you like stories where motivations are explained in one sentence and fall short of being convincing, you might want to skip this one. Ultimately, It is well-written and will stay with you afterwards.

I loved this book!

Beautifully written, suspenseful, not too long, unusual plot. Great narrator. GG
I highly recommend.
It’s one of those hidden jewels.

Excruciatingly slow-paced plot. Narrator was very good but I never was drawn to the characters.

Compelling story. What would you do?

The reader is privy to every thought of Sr. Johanna, from youth to beyond maturity. She is a victim of living at a time in history when being true to herself would mean being a social outcast. She has to decide what she's willing to sacrifice and questions God and the Church's (as represented by proud, haughty men) infallible wisdom on the topic. She carries on through life at times resenting what she perceives as the injustice of God that she cannot argue with, until she encounters an ultimate decision of good vs. evil-- will she now be true to herself and disobey God and her "infallible" priest-superiors in the Church?

Wonderfully written, an intelligent story with sympathetic characters and made me wonder what I would do in this situation. My only complaint was this recorded issue was often hard to follow, as the book jumps back and forth in time. Since I'm listening while driving, I can't glance at the phone all the time to see if a new chapter began, and sometimes I couldn't perceive when or if a new chapter began, signaling a change in time or place. Often I had to rewind and listen to a chapter again to figure out what was going on, although that was OK- it made this delicious book last longer. Perhaps the reader should have stated "Chapter 1...2, etc" although that may have interrupted the "flow" the author wanted to maintain. I deducted one star overall for this reason but the story itself was wonderful and intelligent.

Lost in translation? I doubt it

Bleak and boring. Thank goodness it’s none too long. Boring is a kind word to use

The author spends too much time painting the protagonist as an idiot with a cell/mobile phone, despite her being a member of the generation that invented and continues to perfect it. He also uses stereotypes to describe her motivation for becoming a nun such as running away from her sexual nature or being too easily manipulated by an ambitious priest.

He also further paints a one sided expression of religious women who substitute dogs and gardens for children, home and spouse. I did not believe the final outcome of the mystery for one minute and felt cheated after completing the book.