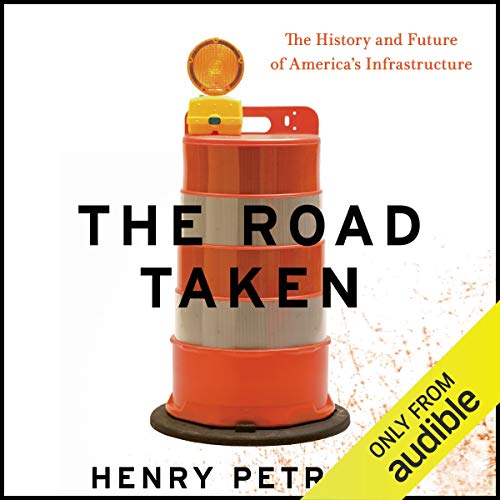 "Public infrastructure is often deemed interesting only to policy wonks, but Petroski (The Pencil: A History of Design and Circumstance), a professor of history and civil engineering at Duke University, proves that he can make it accessible and fascinating for a wider readership. His goal is to create a more informed electorate that will weigh in with political leaders about long-standing safety issues posed by obsolete and decrepit infrastructure. But the book is more than a laundry list of trouble spots; Petroski offers historical context for today's challenges.... His book may well move readers to lobby their elected officials." (Publishers Weekly)

"A characteristically eye-opening look at America's infrastructure.... Anyone with an interest in the way things work will want this book - and will doubtless emerge as a fan of the ever curious author." (Kirkus Reviews)

This crisis - and one need look no further than the I-35W bridge collapse in Minnesota to see that it is indeed a crisis - shows little sign of abating short of a massive change in attitude amongst politicians and the American public.

In The Road Taken, acclaimed historian Henry Petroski explores our core infrastructure from historical and contemporary perspectives and explains how essential their maintenance is to America's economic health. Recounting the long history behind America's highway system, Petroski reveals the genesis of our interstate numbering system (even roads go east-west, odd go north-south); the inspiration behind the center line that has divided roads for decades; and the creation of such taken-for-granted objects as guardrails, stop signs, and traffic lights - all crucial parts of our national and local infrastructure.

His history of the rebuilding of the San Francisco-Oakland Bay Bridge reveals the complex and challenging interplay between government and industry inherent in the conception, funding, design, and building of major infrastructure projects while his forensic analysis of the street he lives on - its potholes, gutters, and curbs - will engage homeowners everywhere.

A compelling work of history, The Road Taken is also an urgent clarion call aimed at American citizens, politicians, and anyone with a vested interest in our economic well-being. The road we take in the next decade toward rebuilding our aging infrastructure will in large part determine our future national prosperity.

Dull topic expressed with a rather extensive examination of the interconnecting issues st play, much the the infrastructure itself. I would highly recommend

you'd have to be a serious infrastructure geek ...

You would have to be a serious infrastructure geek to like this book.
It discusses minutia like where jersey barriers were first used
and alternative shapes, line markings on the roadway, granite vs. concrete curbs...

the challenge of getting there

I'd characterize this book as Infrastructure 101. Some good history and some helpful observations. Not as much as I would have liked on the "future."

The book went into a lot of “nerdy” details on various subjects - this approach really appealed to me. Subjects included the early history of road building, development of the system of US interstates, traffic signals, pavement markings, subways, lots on bridge building, building codes, potholes, P3, and so much more. Great book. Lots of great research went into this book. I will be looking for more titles by Henry Petroski for sure!!

almost not attention given to the future; was hoping the unnecessarily detailed history would lead to actual recommendations, financing and engineering innovations, and other forward looking lessons built upon the past. instead, weird and unnecessary anecdotes from the author's childhood vaguely connected to the content were the main lessons learned

Need an engineering background to enjoy

Even as someone from the UK I enjoyed this. however I would only recommend to those with a specialist interest in this topic

A good read to understand transport infrastructure basics and the challenges of operations and maintenance. US focussed but the messages are universal.