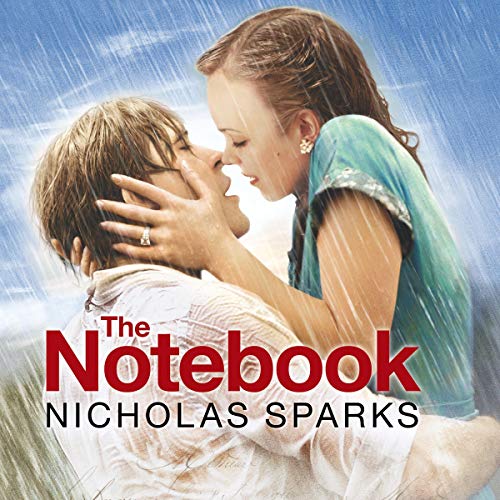 "When it comes to tales about love, Nicholas Sparks is one of the undisputed kings." (Heat)

How far can love endure?

Noah Calhoun has just returned from World War Two. Attempting to escape the ghosts of battle, he tries to concentrate on restoring an old plantation home to its former glory. And yet he is haunted by images of the beautiful girl he met there 14 years before, a girl who captured his heart like no other.

But when these distant memories begin to slide into reality, the passion that had lain still is ignited once more. Though so much is in their way, the miraculous force of their love refuses to fade.

The book versus the Movie

It is a nice relaxing book very detailed both movie and book coincide, I recommend it!!!

Love this story, so beautiful. The book and film are both equally brilliant 😊

Nicholas Sparks is an amazing author and really touches your soul

Weak story, very corny and not believable, I am debating whether to return it or finish listening,I lost interest about 1 hour in. and expected a lot more.

I really struggled with this book

In some ways I found the love story uplifting and ‘feelgood’. The writing was good and the images were strong. The trip to the hidden pool with the geese was lovely, made especially atmospheric with the storm brewing. However the sheer weight of love was too much. It became sickly, cheesy almost and eventually boring. I finished it, but only just.

I love romantic stories 😍 thank you 😊 💓

amazing love story ❤ I enjoyed hearing every word of it. thank you for this awesome magic story!

The storie was quite nice although I enjoyed the movie much more.
The reading was good but the music together with the reading was very annoying

loved this book and as always ...better than watching t film 😀 and enjoyed it

I toyed with getting this, not my cup of tea at all will think long and hard before purchasing another from this author.

Too little story for too much hype!!!