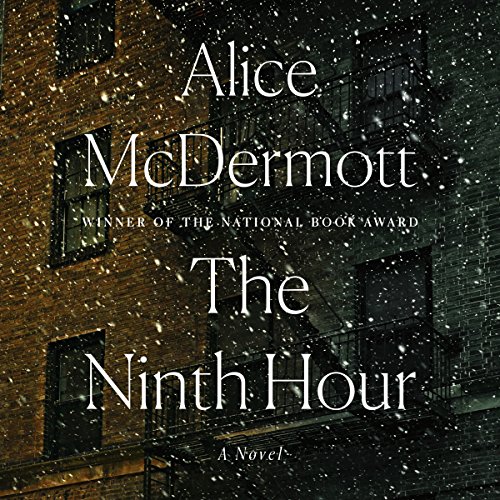 A magnificent new audiobook from one of America's finest writers - a powerfully affecting story spanning the twentieth century of a widow and her daughter and the nuns who serve their Irish-American community in Brooklyn.

On a dim winter afternoon, a young Irish immigrant opens the gas taps in his Brooklyn tenement. He is determined to prove - to the subway bosses who have recently fired him, to his badgering, pregnant wife - "that the hours of his life belong to himself alone." In the aftermath of the fire that follows, Sister St. Savior, an aging nun appears, unbidden, to direct the way forward for his widow and his unborn child.

We begin deep inside Catholic Brooklyn, in the early part of the twentieth century. Decorum, superstition, and shame collude to erase the man's brief existence. Yet his suicide, although never spoken of, reverberates through many lives and over the decades testing the limits and the demands of love and sacrifice, of forgiveness and forgetfulness, even through multiple generations.

The characters we meet - from Sally, the unborn baby at the beginning of the audiobook who becomes the center of the story, to the nuns whose personalities we come to know and love, to the neighborhood families with whose lives they are entwined - are all rendered with extraordinary sympathy and McDermott's trademark lucidity and intelligence. Alice McDermott's The Ninth Hour is a crowning achievement by one of the premiere writers at work in America today, and the audio edition is truly unforgettable.

First off I am a big McDermott fan. This book is my new favorite and definitely my favorite listen of 2017. Her characters are so beautifully crafted, perfectly imperfect as are all human beings. She brings you right back to the time period, the sights, sounds, smells, emotions. I loved the narration, but now that I finished listening I am going to have to read the hard copy. I need to savor what I may have missed. This is a MUST LISTEN for 2017! #nostalgic #gritty #tearjerker #tagsgiving #sweepstakes

The title of this book, The Ninth Hour, comes from the divine offices of the Christian Liturgy for Nones or the mid-afternoon--usually 3 pm--prayer cycle. More specifically it relates to Christ's last words on the cross when he asks why have you forsaken me. It speaks to the clash between faith and doubt.

The book is beautifully written and grew on me gradually with its gentle power and left me thinking long after I finished listening. McDermott is a master at weaving together storylines into a cohesive whole. She succeeds at making the characters three dimensional, real and completely relatable. The narration was excellent.

The book was set in early 1900s Brooklyn and tells the story of a nursing order of Roman Catholic nuns and the Irish community they served. These sisters tirelessly cared for the sick and the poor of their neighborhood. The story really focused on several generations of a family and their interactions with multiple generations of sisters too.

More than simply presenting the safety net the sisters provided historically, the author delves into concepts of selfishness and selflessness and just how far people will go for those they love. Further, ideas of sacrifice, happiness and where we draw the line when it comes to belief and faith are examined.

On the surface this starts out as a simple story but give it time. Difficult topics ahead--but the writing is more than up to the task. I don't mean to make the book sound like it's all about religion--it's really about how people live out their lives within the framework of belief or unbelief. Excellent historic fiction.

I have read all of Alice McDermott's novels and each one surpasses her previous works. The character of Sally is complex, a product of her mother's strong work ethic and her exposure to the good Little Sisters of the Poor. Having grown up in a city with their presence, I can attest to their quiet humility and compassion in treating the elderly. Even the characters who were less than central to the story are carefully drawn and intriguing. Wonderful book!

This book is boring beyond belief. Still can’t figure out why I finished it. The narrator, however does a great performance.

I wish I were articulate and clever in writing reviews. I am not. Not very often do I take the time to write anything about a book. Usually, I just use stars. But this book gripped me and kept me paying attention throughout. Often, I went back to listen to parts a second time. I wanted to be sure I was getting it all. I keep a list of books to listen to (or read) again. This title is going on that list! I loved it!

The writing was beautiful, almost like creating paintings with words. Yet the story seemed oddly limited. After creating a world for finely drawn characters, I expected a story that had more depth.

Alice McDermott, you do it every time. Such beauty. Never wanted it to end. I will be listening to Charming Billy next. Read it when it came out but if it is as lovely as The Ninth Hour it will be a gift to myself.

Every word is exquisitely written. It's the waiting for something to happen that I found slightly tedious. Make no mistake, something eventually does happen, but to get there you need to buckle in for a long journey through beautifully crafted scenes of varying lengths and unpredictably shifting points of view.

Sad to listen to. Very dark story right up to the end.
Not one I’d recommend