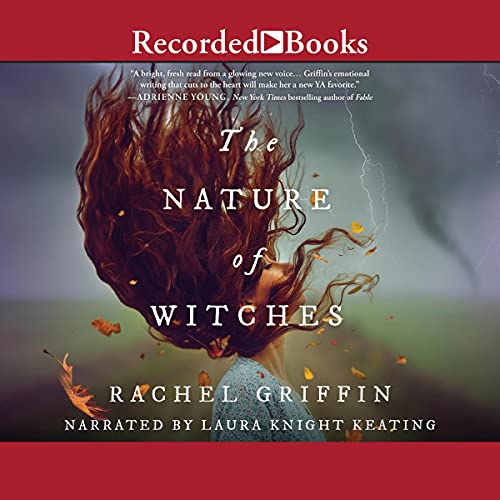 The Nature of Witches

From a stunning new voice in fantasy comes the fierce, romantic story about a world on the brink of destruction, the one witch who holds the power to save it, and the choice that could cost her everything she loves.

For centuries, witches have maintained the climate, but now their control is faltering as the atmosphere becomes more erratic; the storms, more destructive. All hope lies with Clara, a once-in-a-generation Everwitch whose magic is tied to every season.

In autumn, Clara wants nothing to do with her power. It's wild and volatile, and the price of her magic - losing the ones she loves - is too high, despite the need to control the increasingly dangerous weather.

In winter, the world is on the precipice of disaster. Fires burn, storms rage, and Clara accepts that she's the only one who can make a difference.

In spring, she falls for Sang, the witch training her. As her magic grows, so do her feelings, until she's terrified Sang will be the next one she loses.

In summer, Clara must choose between her power and her happiness, her duty and the people she loves...before she loses Sang, her magic, and thrusts the world into chaos.

"Perfect for fans of Shea Ernshaw and Taylor Swift's Folklore." (Rosiee Thor, author of Tarnished Are the Stars)

"A bright, fresh read from a glowing new voice, The Nature of Witches is both timely and stirring. Griffin's emotional writing that cuts to the heart will make her a new YA favorite." (Adrienne Young, New York Times best-selling author of Fable)

"The forces of nature and magic blend perfectly in this masterfully told story.... I couldn't love this book more." (Shea Ernshaw, New York Times best-selling author of The Wicked Deep and Winterwood)

Where to start, this book is amazing and moving and I will say that I hope Rachel writes a sequel because there is so much more I want to know about what happens. I will definitely be recommending this book to my friends.

This book would be at least mediocre if it wassnt for the narrator swallowing her spit in a gross ASMR type way. I understand she is a human narrator and that's all good but come one was it not even edited? She litterally stops to swallow or take a drink or droll or whatever and then continues right in back where she was. In the middle of dialog and sentances even. It's very cringe

Couldn’t even get through chapter 4

This book is so boring I stopped listening at chapter 4. The narrator is so monotoned every time I tried to listen I ended up zoning out. Save yourself the credit.

Most witches are proficient in magic of one season, but Clara is an ever witch meaning she can channel all four. Ever witches are rare & Clara is scared of her magic due to the deadly consequences she has dealt with & keeps everyone at a distance. But the arrival of Sang may change all that.

It was an interesting take on witchcraft & climate change. Beautiful coming of age story but felt was lacking any sort of tension to really connect & be truely invested. Clara spends most of the time complaining about her magic, while everyone around has faith in her ability & wants to help her. Wanted so much more from this story.