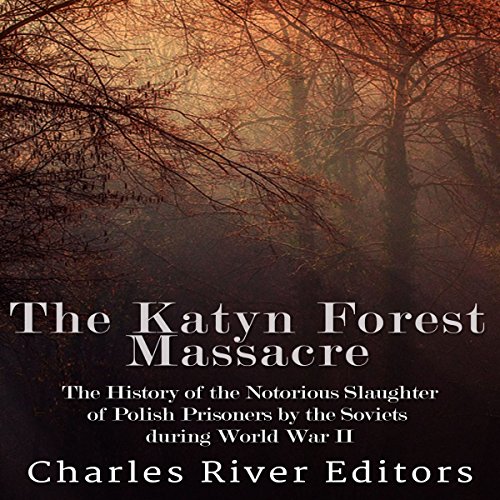 During the late 1930s the Soviet Union under Josef Stalin and the Third Reich under Adolf Hitler reached a secret alliance, the Molotov-Ribbentrop Pact. By the terms of this agreement, the two dictators divided up Eastern Europe between them, and for a time Stalin even sought Axis membership.

Though the alliance forged between the fascist and communist states could not survive their diametrically opposed views, they cooperated long enough to conquer Poland together in 1939. Of course, as most people now know, the invasion of Poland was merely the preface to the Nazi blitzkrieg of most of Western Europe, which would include Denmark, Belgium, and France by the summer of 1940. The resistance put up by these countries is often portrayed as weak, and the narrative is that the British stood alone in 1940 against the Nazi onslaught, defending the British Isles during the Battle of Britain and preventing a potential German invasion.

In particular, the campaign in Poland is remembered as one in which an antiquated Polish army was quickly pummeled by the world's most modern army. Polish lancers charging in a valiant yet idiotic attack against German tanks is the only image from the 1939 Nazi-Soviet invasion of Poland remaining in the popular imagination today. Originating as a piece of Nazi propaganda, paradoxically adopted by the Poles as a patriotic myth, the fictional charge obscures the actual events of September 1939. Outnumbered, outgunned, and under-equipped, the Polish army nevertheless inflicted heavy losses on the invading Wehrmacht. In fact, only the unexpected advance of Soviet forces from the east put a quick end to the struggle and saw the Polish republic partitioned again after just 20 years of independence. Nonetheless, the campaign that started World War II was a bloody sign of things to come as the conflict engulfed the globe.

While the Germans performed the lion's share of military action in defeating Poland – and reaped the choicest regions for themselves as a consequence – the Soviets showed themselves no laggards in establishing tyrannical control over the Polish zone assigned to them by treaty. NKVD death squads, mass deportations, and systematic repression began almost immediately in the Soviet-controlled part of Poland.

The Gestapo applied their own forms of brutality in the German zone of the conquered nation, but the results proved starkly different. A large-scale, well-organized Polish Resistance movement flourished in the German zone, exhibiting high morale and an activist approach that testified to the relatively amateurish nature of the Gestapo repression – random violence for intimidation rather than systematic quashing of all independence and defiance.

Content was interesting and my first audio book on some Polish history. Not my background but was curious on the subject. Found the narrator too fast to digest some of the events.

Vast sections copied from another book!

What would have made The Katyn Forest Massacre better?

By writing fresh content about the subject of the book. Instead whole sections have been copied word by word from the book the Invasion of Poland. Poor show!

What was most disappointing about Charles River Editors’s story?

Mostly filler from another book on a related but different subject.

The narration was fine.