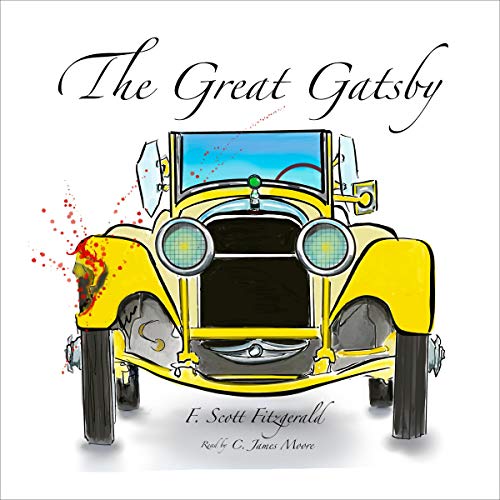 F. Scott Fitzgerald's The Great Gatsby is more than one of America's most-read, taught, and debated novels. Gatsby represents a paradigm shift in the novel form, a deep dive into the intimacies of the dark and selfish aspects of human nature. The novel is an over-the-top display of the Jazz Age as seen through the eyes of a staid and - by his own account - honest Midwestern man, Nick Carraway.

From the time Fitzgerald introduces us to Nick as a new resident of West Egg on 1922s Long Island, the author gives an often-reluctant Nick permission to take us on a journey familiar, yet unsettling, to FSF fans.  In keeping with his penchant for including aspects of his own life story and his relationship with Zelda, Fitzgerald weaves the fragile threads of longing, jealousy, dreams, ambition, lies, and anguish into a fabric of such literary beauty that we cannot turn away even when treachery and denial frame the final tapestry of the tale. Join narrator C. James Moore, the grandson of one of Scott's and Zelda's friends and colleagues, as the tumultuous story of Jay Gatsby, Daisy, and Tom Buchanan, Jordan Baker, and the denizens of West Egg, East Egg, and New York City careens from the dizzying heights of hedonistic extravagance to the ash-piled lowlands of love lost.

Jim Moore's quiet reading of thus glorious text us just right. The book should be savored in this way.