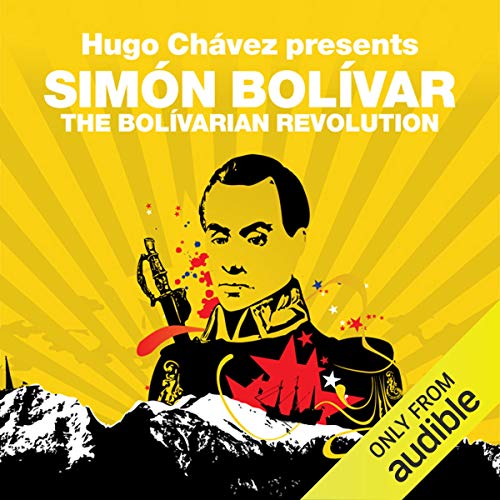 The Venezuelan revolutionary Simón Bolívar, also known as El Libertador, sought to lead Latin America to independence from the Spanish in the early nineteenth century. Ever since he has been held as a model for subsequent Latin American radicals; Hugo Chávez, President of Venezuela, has dubbed his own programmes of social reform the Bolívarian Revolution . In his introduction to this collection of Bolívar s writings, Chávez explains why Bolívar continues to inspire.

Truly amazing and inspirational book. It's about Simoan boulevar revolution. The beginning by Hugo Chavez loved it. Must read

Bolivar would of fought to the death to stop Chavez

Why Chavez would get to do the opening to this book is beyond me. Bolivar fought tooth and nail for individual freedoms and would of been violently opposed to Chavismo.

However, it is a great insight to hear direct writings from Bolivar and is amazing to see how much he took from Thomas Payne and Adam Smith and then built on those ideas with his own views for South America.