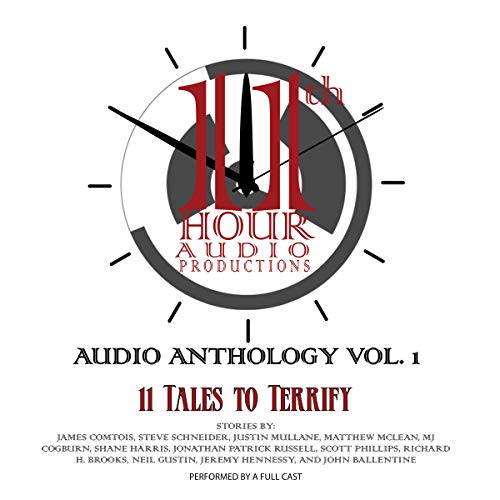 The 11th Hour Audio Anthology is a collection of 11 macabre tales created by masters of modern audio drama to haunt and terrify you.

it kept me entertained

I loved how the stories sucked you in until the end. I hope the write a volume 2.