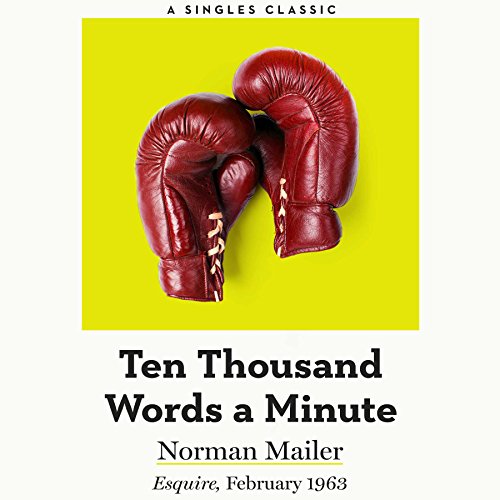 Paret lay on the ground, quivering gently, a small froth on his mouth. The house doctor jumped into the ring. He knelt. He pried Paret's eyelid open. He looked at the eyeball staring out. He let the lid snap shut. He reached into his satchel, took out a needle, jabbed Paret with a stimulant. Paret's back rose in a high arch. He writhed in real agony. They were calling him back from death. One wanted to cry out, "Leave the man alone. Let him die."

In 1962, Norman Mailer traveled to Chicago to witness the highly anticipated boxing match between heavyweight champion Floyd Patterson and the fearsome Sonny Liston. Along the way, Mailer - arguably the most iconic American writer of the twentieth century - discourses on the nature of, among other things, journalism, prizefighting, good and evil, and life and death. At once terrifying and beautiful, Ten Thousand Words a Minute shows a one-of-a-kind talent at his all-time best. Ten Thousand Words a Minute was originally published in Esquire, February 1963.

This narrator's voice is too sweet and too inflexuous to read for Mailer.

The words are great, but I didn't like hearing them in this recording.