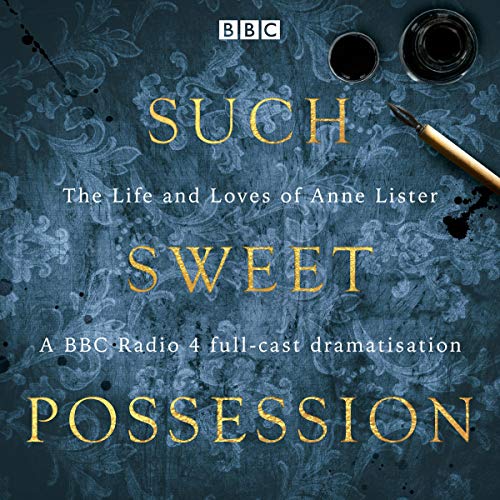 Meet Anne Lister, the 18th-century landowner, industrialist, explorer, lesbian and feminist icon. This is her story....

Anne was different from society’s expectations of a woman at the time: she not only did not wish to marry, but she also did not want to conform. Anne was interested only in women and had ‘marriage’ ceremonies with Mariana Lawton and later Ann Walker. She spent a great deal of time studying, managed her own estates, sought business opportunities, travelled widely and climbed mountains.

In this full-cast BBC Radio 4 dramatisation written by Mary Cooper and starring Deborah McAndrew as Anne, we meet the serial diarist as she describes her life, her loves and the societal changes happening around her.

Produced and directed by Nadia Molinan.

Such Sweet Possession: The Life and Loves of “Gentleman Jack”に寄せられたリスナーの声

Interesting way to dramatize a diary

Could have been a bit more clear of the shifts in direction of the narrative. It is no easy thing, with the nature of how the diary was written by Miss.Lister.

Excellent! Intriguing! Wish there was more!

Excellent, intriguing and wish there was more! I flew through this non stop. Hoping another book will come out.

I loved everything about this version of Anne Lister's journal, but it ended quite abruptly. I think there are a lot more entries left...

A must have for Anne Lister fans

This BBC radio production covers her years from school through her early years with Mariana ... sort of the prequel to the BBC's TV Gentleman Jack production

Enjoyed listening to the letter and diaries of Ann

A, woman who would of enjoyed life a bit more if she was born at least 150 years later, less restrictions than the conventions that women were placed under, while the men carried on," do as I say not as I do "

simply perfect a must for any audio collection . Performance amazing well done to all

As a fan of Anne lister I really enjoyed listening to the early years, I found the narrating very clear & easy to distinguish each character.
I just wished it could have gone on longer & hope there will be more in the future.

Disappointing production. Wooden amateur acting in a laborious diary of Victorian love. Sent me to sleep.