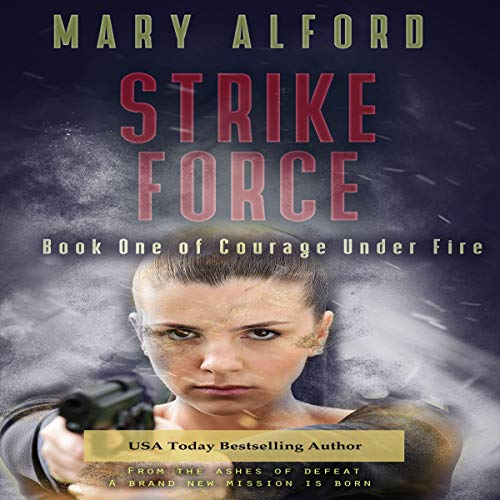 Out of the ashes of defeat comes a brand new mission.

Forced to change their names just to survive, Former CIA Agents Piper Morgan and Reed Decklin fled the frozen tundra of Alaska to take refuge in the mountains of Wyoming.

With their new identities in place, Sidney Morgan and Kaiden Bennett join the recently-formed Strike Force in order to bring down the deadly terrorist team known only as Legion. But how can you win against an enemy that will stop at nothing to fulfill its deadly plot?

The one good thing to come out of the attack in Alaska was Sidney and Kaiden found each other again. As their love grows stronger, nothing prepares them or the team for the magnitude of Legion’s plan, or how far up the command chain Legion’s reach truly goes. Even to some of the highest offices of government.

In this sequel to the USA Today best-selling story, Storm Warnings, the Strike Force team is determined to finish the mission that started two years earlier in the deserts of Afghanistan with the deaths of Sidney’s entire CIA unit.

With the stakes this high, failure isn't an option. Because if they fail, the freedom of the entire world might just be in jeopardy.

Be sure to listen to all the stories in the series:

Storm Warnings - Prequel to book one