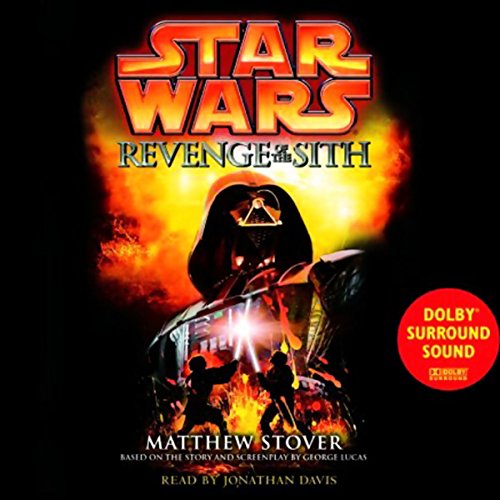 "Stover fills in the blanks regarding one of cinema's most fascinating villains with respect and relish, providing answers to such questions as why Vader looked so weird and how he became Luke's dad. This is the perfect companion to the blockbuster film." (Publishers Weekly)

The turning point for the entire Star Wars saga is at hand.

After years of civil war, the Separatists have battered the already faltering Republic nearly to the point of collapse. On Coruscant, the Senate watches anxiously as Supreme Chancellor Palpatine aggressively strips away more and more constitutional liberties in the name of safeguarding the Republic. Yoda, Mace Windu, and their fellow Masters grapple with the Chancellor's disturbing move to assume control of the Jedi Council. And Anakin Skywalker, the prophesied Chosen One, destined to bring balance to the Force, is increasingly consumed by his fear that his secret love, Senator Padme Amidala, will die.

As the combat escalates across the galaxy, the stage is set for an explosive endgame: Obi-Wan undertakes a perilous mission to destroy the dreaded Separatist military leader General Grievous. Palpatine, eager to secure even greater control, subtly influences public opinion to turn against the Jedi. And a conflicted Anakin, tormented by unspeakable visions, edges dangerously closer to the brink of a galaxy-shaping decision. It remains only for Darth Sidious, whose shadow looms ever larger, to strike the final staggering blow against the Republic...and to ordain a fearsome new Sith Lord: Darth Vader.

I thoroughly enjoyed this book. While it didn't follow true to the movie, it provided nice insights into how the characters were feeling and thinking throughout. The narration was good and the sound effects appropriate. Recommend.

The book itself the story the the guy who reads it. We're all top notch. My only concern is that the book is abridged ? I wish I had seen that before I bought and listened to it. Why on Earth someone would ever want an abridged book is beyond me.

Loved this book of revenge of the sith, great scoring and dialouge. It's a great.