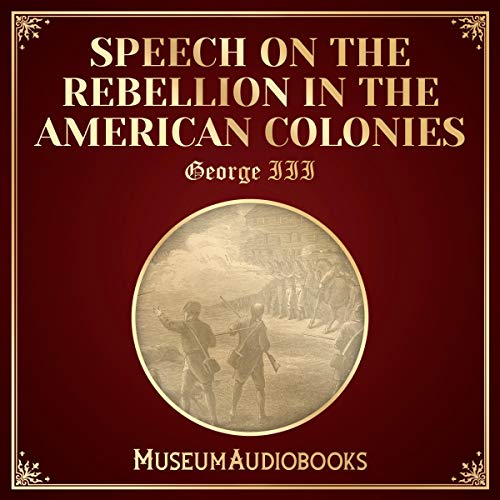 Speech on the Rebellion in the American Colonies

No one expected that the American colonies might seriously consider fighting their British masters until the infamous Boston massacre of March 1770. On 26 October 1775, George III, King of Great Britain, spoke to Parliament, declaring the American colonies to be in a state of rebellion. Here, for the first time, the use of force was authorized against the rebels.