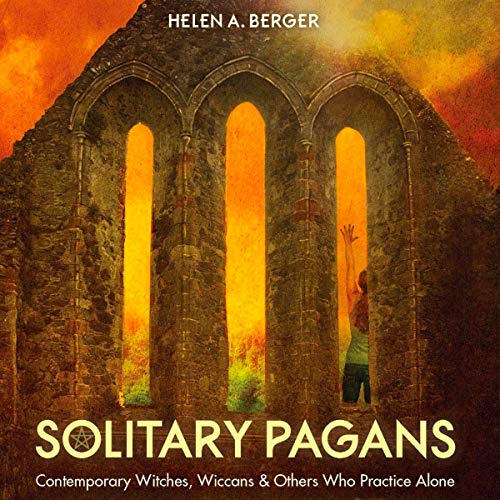 Solitary Pagans is the first book to explore the growing phenomenon of contemporary Pagans who practice alone. Although the majority of Pagans in the United States have abandoned the tradition of practicing in groups, little is known about these individuals or their way of practice. Helen A. Berger fills that gap by building on a massive survey of contemporary practitioners. By examining the data, Berger describes solitary practitioners demographically and explores their spiritual practices, level of social engagement, and political activities. Contrasting the solitary Pagans with those who practice in groups and more generally with other non-Pagan Americans, she also compares contemporary US Pagans with those in the United Kingdom, Australia, and Canada.

Berger brings to light the new face of contemporary paganism by analyzing those who learn about the religion from books or the Internet and conduct rituals alone in their gardens, the woods, or their homes. Some observers believe this social isolation and political withdrawal has resulted in an increase in narcissism and a decline in morality, while others argue to the contrary that it has produced a new form of social integration and political activity. Berger posits the implications of her findings to reveal a better understanding of other metaphysical religions and those who shun traditional religious organizations.

"A first-rate study of the most important form of modern Paganism, making her the leading authority upon it." (Ronald Hutton, University of Bristol)

"Represents the most up-to date, comprehensive picture of the Pagan community and is an important read." (Sociology of Religion)