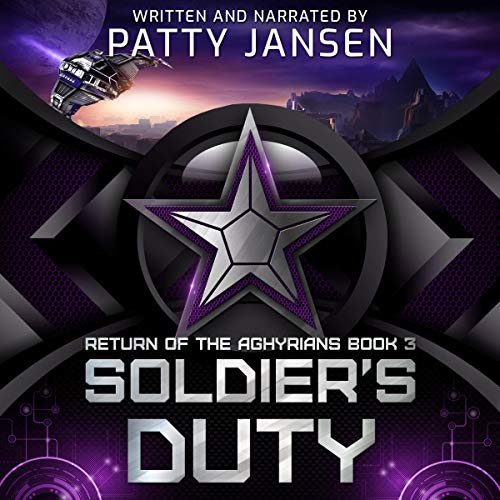 Note: The character is in the military; contains some military-grade swearing.

Izramith Ezmi is many things: a member of the feared, all-female Hedron guards, a war veteran recently returned from a pointless and bloody mission, and impatient, angry, and above all, lonely. With her contract about to run out, she may be on her way to becoming a ruthless mercenary, since what she really wants - becoming a mother - is out of the question. Her family carries a gene that causes deeply malicious madness. Her nephew was born with it, and her useless sister has left him in the care of an institute. A baby. Two days old.

She wants to ask her uncle, himself born with the condition, if he can do anything for the boy. But her uncle and his band of mad outcasts have gone missing, rumored to be on the world of Ceren.

So Izramith takes another hired-gun contract in Barresh, which is a city-state on Ceren. The job is to provide security at a high-profile wedding. Simple and straightforward, right? No crawling in mud, no shootouts, no mangled bodies or blood-drenched soil. And meanwhile, she can try to find her uncle.

Except he isn't there, and the job isn't simple. Izramith and her team discover evidence of an extensive spying ring that threatens the entire city.

Postponing the wedding would be an admission of defeat, so it's time for desperate measures. Izramith leads a small team in what has to go down as the most harebrained mission to ever be undertaken in the universe. Much is at stake: peace, the lives of her uncle and her nephew, and her own.