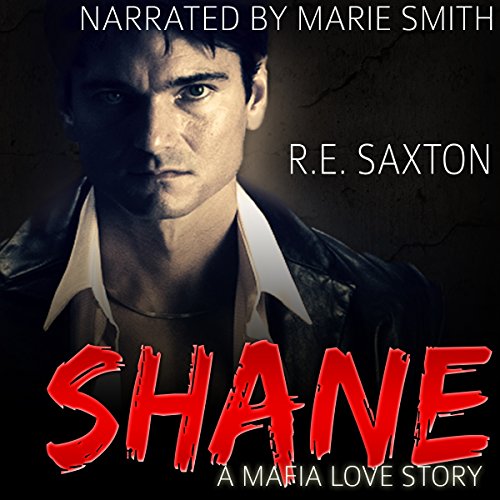 As captain of an Irish mafia crew, Shane has everything he wants. Money, women, and power. He can have anything, except the one woman with whom he's obsessed. Mia Kasilli, daughter of a Russian kingpin, wants nothing to do with that lifestyle. When he can no longer be without her, he orchestrates a series of actions that leave her father in his debt and Mia in his power. He's dark and dangerous, the embodiment of everything she doesn't want in a man, so why does she crave him so much? She'll fight him every step of the way, but how will she fight herself?

Would you try another book from R. E. Saxton and Kit Tunstall and/or Marie Smith?


Maybe.
If the hero is redeemable and the heroine is given power in a male dominated world

What was most disappointing about R. E. Saxton and Kit Tunstall ’s story?

Kidnapping and forcing himself on Mia.

I absolutely loved this story out was spicy and made my heart race with excitement. I couldn't stop listening to this every word, chapter, and scene made me want more there was never even one moment when I thought "this is getting kind of bland" it was that good. The narrator was pretty good when it came to bringing in the different voices of the characters without over doing it or making them sound the same, which I really appreciated, because it made it that much easier to get rapped up in the actual story. It felt as if I was reading it from a page and the voice felt like it was my own reading out the story. I can't think of anything I didn't like in this story in all honesty. It was intense, but sweet. It wove in seriousness and humor so eloquently one moment I could be in a rage and the next laughing out loud without feeling like I was missing something or that it was too sudden and took away from the scene. I must say I really enjoyed it and it's well worth listening to.

I received this amazing story in exchange for a honest review :)

Marie Smith did a great job on the narration. Not as dark as I thought but an overall good read!

Had problems but still alright

I received a free copy of this on Audible from the author in exchange for a fair and honest review.

So, I generally make it not a habit to read what most books are about before I read/listen to them when they've been generously gifted by an author for a review. Apparently, I need to re-think that next time. Especially given this book and how it affected me.d

Were I able to, I would have given this a 3.5 star rating. It wasn't a full 4 star book for me but wasn't bad enough to be just a 3 star. Even with the fact that the book triggered the hell out of me. Which, was kind of my fault for not reading what it was about prior to starting it. Well reading more than just glancing over it vaguely to see if it was of any interest to me.

Besides the bad-ish kinds of stuff, this was a pretty enjoyable book to listen to. The narration was pretty good and the story itself was pretty good as well. And that ending. Oh. My. Gosh. It was *almost* everything I could have hoped for. The only thing that would have made it everything would be if she had beat the crap out of him first.

This book was a little different, for my taste. It was a little dark dare I say. If you like that kind of book this is totally the one for you. My rating is based on my personal preference. Good romance other than the dark stuff