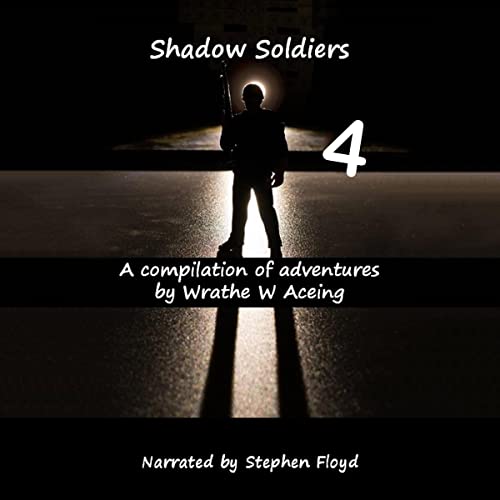 Shadow Soldiers is a series of novellas focused on exploring the world of the soldier, especially how their code of ethics is affected by the challenges of real evil in the world today. More morality plays than action-adventure, these episodic stories ask the audience to judge their role in the world's challenges.

The Case of the Redhead's Mother - My daughter's chance encounter with Marie starts an investigation that amazes me, and I am not one to be awed by this world - listen, and you too, will be amazed.

Passion's Reward - It was just another case requiring the talents of warriors with a heart. Little did I know that it would change mine. Well, I guess I knew. There is something about Emily Burke-Hansen...

Recon One - Forced to leave the army, this soldier finds a new mission and a new reason to live the life he has chosen.

Wingman - An off-duty merc chosen to accompany a WCM legend gets caught up in two DC conspiracies and can only save one of his friends.

Armed Evil - Megs uncovers the lead she needs in her case against the Shining Blade and unravels her father's death, finding a witness from his past. Going back to Washington, she confronts Percy Beneford on her own and sets unforeseeable forces into motion, culminating with the catastrophe in her father's favorite Irish pub.