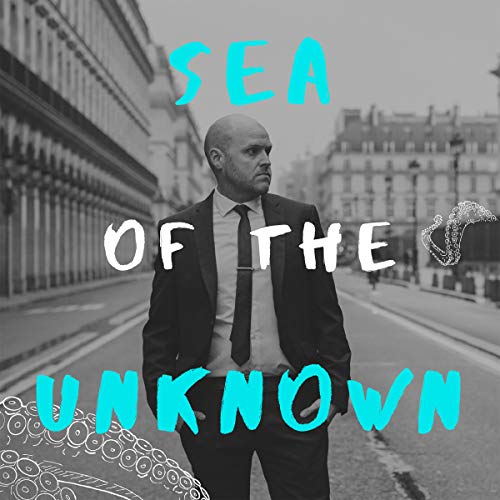 For anyone who ever launched themselves toward their dreams only to be rebuffed...

The Sea of the Unknown lays before us, cold and callous. Behind us stand the comforts of home, the assurance of a path well-trodden. But some of us feel called to something else - something unseen, undefinable. Those hopes and nebulous dreams rest out over the horizon, beyond the chop and spray of the slate-gray sea that crashes at our feet. We know not how to reach those dreams; we know only that we must try.

From the moment I figured out how to operate a crayon, I started writing stories to fill a fantasy world of my own creation. I dreamed of sharing that world, of bringing it to life in the imagination of readers and movie-goers. And I dreamed of building my own life in Paris - the city that most nourished my creativity. But the real world always seemed to send its own monsters to resist and throw me off my route.

This is the story of how I launched myself into the sea, time and time again - how my early attempts at charting a course in the real world failed, my hopes of making a living as a creative in Paris floundering, cracking beneath me, and sinking below the waves. It’s a story of perseverance, of picking up the pieces, rebuilding my raft, and plotting another new course. There is no map in here for others to follow, but if I can make it this far out into the Sea of the Unknown and live to tell the tale, then so can you.

Jay Swanson is an American author and YouTuber living in Paris, France. His videos on YouTube have racked up over seven million views with his guides to Paris most popular among them. This book follows Jay's journey back to Paris, from the recession of 2008 through volunteering on a hospital ship in West Africa to traveling around the United States as a consultant (a lifestyle frighteningly similar to George Clooney's in Up in the Air).

Whether you have followed Jay’s story via his YouTube Vlog or not, this is still a great read/listen. His story thus far is unique given his experience with Mercy Ships, but his story is also much like many other millennials trying to navigate the circumstances our generation has faced this far. Unlike many though, Jay persevered and continues to work toward a life of doing what he loves and what makes him happy. There’s a few lessons for us all to take away in this book.

Jay is such a great storyteller who has built a great community. His story from the Washington, to Africa, to Paris is full of ups and downs, while engaging and thoughtful.

Thank you Jay for sharing your emotional lows that we could enjoy and celebrate the new highs. You rock!

I loved the book
Thanks for sharing your story

I will be waiting for the next book
I’ll also be waiting to see your name as a narrator for other stories - hope others reach out to have you narrate for them. I’d listen to those

All the best for the future

I have just finished listening to Jay Swanson‘s audiobook, Sea of the Unknown. I can’t say enough about it, I will definitely be listening to it again though to catch whatever I may have missed the first time through!

His skill as a writer and storyteller shines through brilliantly in this audiobook (Check out his other work on audible too!). His whit, humor, humility, and just general down to earth goodness come through so clearly as well.

I have been following his life (at least what he shares on his YouTube channel) for about five years. The experiences and resulting transformation have been profound, and a real joy to see!

The voyage is epic, told in his own words and in his own voice - which, incidentally, is very easy to listen to - to say nothing of the devilishly handsome man behind the recording equipment.

Like so many others, I look forward to the continuing journey as we set sail again and again on the Sea of the Unknown.

Good work Jay,
Thanks so much!

The journey is what Matters!

I love this book. So happy I have found it on Audible. What a part one to a fulfilling journey. I have read the book, which BTW is super easy and fluid to read, and now to hear the book is that much more interesting. This book is full of inspiration and good vibes. I hope that people that have goals in life have a chance to hear or read this book. It detail how to never give up and keep moving in life because sure goals are nice but the journey is filled with treasures to be uncovered along the way. Great job Jay!! Keep on inspiring all of us to find what matters most in life.

a lovable person with a wonderful story👌

I loved it .. an ordinary man with an extra-ordinary journey
congratulations on a job well done Jay