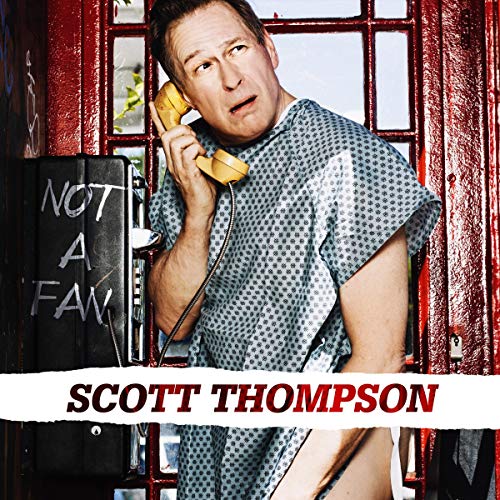 Scott Thompson’s Not A Fan is the debut stand up album from comedy veteran Scott Thompson. In this raw presentation, Thompson lets us into his hilarious life from his struggles growing up as a racially confused white child to his misadventures in Hollywood, his battle with cancer, and the forces of toxic femininity. The album was recorded at the The Drake Hotel in Toronto, Canada.