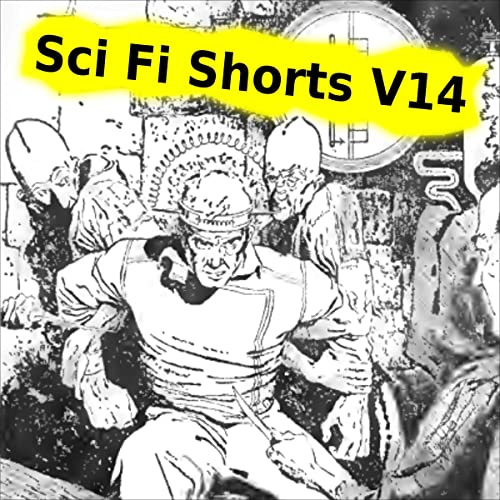 The martians were weak in body and mind, but they knew what they wanted and how to get it.

The toughest assignment was crossing the infested marshes of Venus to deliver your own reprimand.

'Battlefield in Black' - George A Whittington

The Earth is plunged into darkness, her space fleet marooned; only the newest ship, The Avenger, is able to fight back.

Aliens invade and erect an impenetrable force field trapping Thorn Hard inside. Can he defeat the aliens?

'Love Among the Robots' - Emmett McDowell

Henry is monitoring experimental mining robots on an asteroid when they start behaving strangely, and his life is in danger.

Morgue ships trawl the battledfields of space recovering the bodies of the fallen to return them to Earth, but sometimes they pick up something unexpected.

The aliens landed to save mankind. Earth was doomed; they came to take off a few specially chosen people, and that’s when the trouble began.

The last survivor of his race, Irgi appeared as a monster to the humans, but his brain was hugely advanced and beyond their understanding.

'The Moon and the Sun' - James McKimmey

The first rocket is built, the scientists dream of the stars, while warlords see a new weapon.

'The Dragon-Queen of Jupiter' - Leigh Brackett

Jupiter is a war zone: the natives fight with weapons and every biological killer the planet provides. Can humans survive?